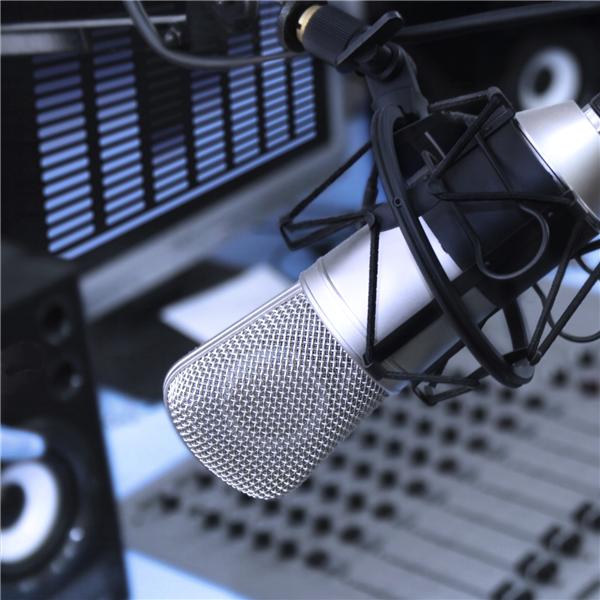 Sports-lovers unite and rejoice – a new “homegrown” radio station can now be found on your AM receiver. CRC Broadcasting Company is proud to announce the debut of their second radio station, 1580AM The Fanatic, on Monday, Feb. 13.

The Fanatic (KQFN-AM), an all-sports radio station, will broadcast with powerful statewide coverage on 1580AM and will simulcast on two Valley FM channels, 99.1 and 99.3.  The AM signal will be 50,000 watts during the day; the most allowed by the Federal Communications Commission and should be heard from Tucson to Flagstaff. The simulcast on two FM channels will enable Valley wide listening of the Fanatic on the FM band, a move unprecedented in Valley radio.

The new format will feature content from CBS Sports Radio and SB Nation Radio along with 8 to 10 hours of daily local programming. The station’s daytime lineup includes:

Additional local shows will air from 6 to 9pm weeknights with network programming from 9pm to 6am. A variety of network, live game broadcast and local sports talk will round out weekends.

“The Fanatic has been several years in the making. We are excited to bring an outstanding lineup of sports programming to Arizona radio listeners,” says CRC’s President Ron Cohen. “Business and sports tend to interest a similar audience,” Cohen says. “Having both radio formats provides advertisers with a unique and cost efficient method of reaching males 35+”.

CRC plans to co-locate the studios of The Fanatic with its currently located Scottsdale Money Radio studios and commence regular programming on Monday, Feb. 13.  Listeners will be treated to a sneak preview of audio excerpts from some of the greatest moments in sports on two of their three channels (1580 and 99.3) while the signals are being tuned up. Fans can get a jump start by going to the web site 1580thefanatic.com or downloading the 1580 The Fanatic app.

Show host Mike Muraco (aka Roc) has partnered with Cohen in the effort to create The Fanatic. Muraco joins CRC as its VP of Sales for its growing Sports Radio division. “Mike has been a huge reason why The Fanatic is coming to life. His experience, reputation, and energy have attracted a lot of attention and interest from both inside the sports radio industry and among many Valley advertisers”, Cohen adds.

Muraco has over 30 years of experience in the sports industry specializing in sports marketing, media and public relations. He has held various positions both professional and collegiate ranks, Indianapolis Colts, NFL Properties, Arizona Fall League, Phoenix Firebirds, Oakland A’s and University of Pennsylvania. Roc has been an on-air sports radio host since 1997 on KHEP 1280AM, KMVP 860AM and NBC Sports Radio AM 1060.  “It’s hard to put into words how exciting this is for me, as a broadcaster and a marketer, to build something from scratch,” said Muraco. “The combination of The Fanatic and Money Radio is such as perfect fit.  We are reaching both the sports fan and business person.”

About 1580 AM The Fanatic and CRC Broadcasting Company

Cohen started CRC Broadcasting with his Phoenix station 1510 KFNN in 1988 as the nation’s first radio station programmed exclusively for business, economic, and investment related topics. Now its 28th year, the Phoenix area’s longest locally owned and operated radio station changed its name in 2010 to “Money Radio”, rebranding the station to mirror its acquisition of the domain name moneyradio.com.

Innovated by local radio broadcasting company, CBC Broadcasting and long-time veteran, Ron Cohen, 1580 The Fanatic is joining the rankings with top broadcasting outlets in the Valley including Hubbard, Bonneville and iHeart Radio.