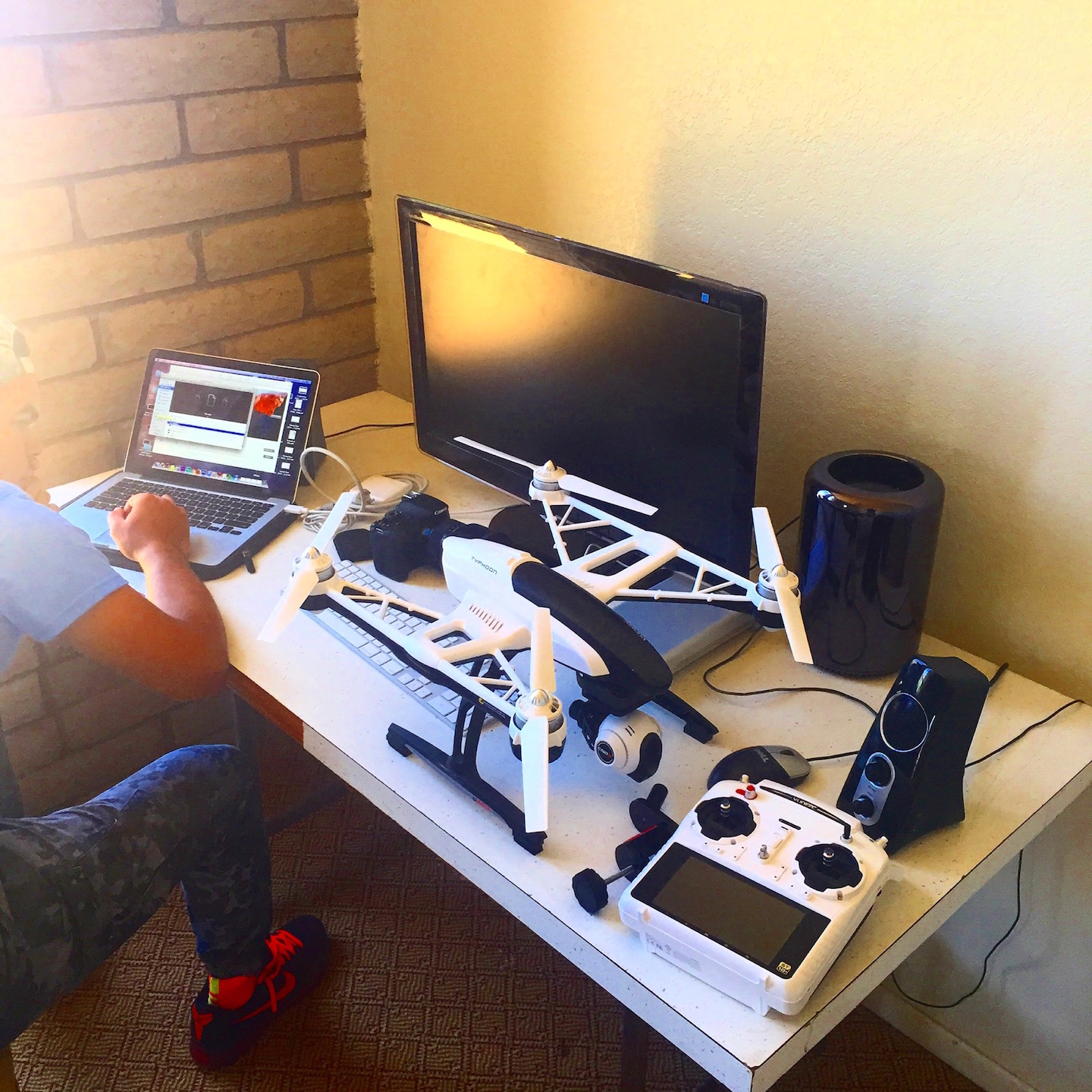 Oddvar Tveit, environmental quality specialist for the city of Tempe, talked about the possibility of limiting take offs and landings in parts of Tempe, mainly Tempe Town Lake.

“The nuisance issue is what people are worried about,” Tveit said.  Tveit said they are assessing current restrictions on model aircrafts and drones before they make any official moves. The focus is not on commercial drone users because they are usually well versed in the current rules and regulations, according to Tveit. It is the hobbyists that cause the majority of problems.

Arizona Gov. Doug Ducey signed Senate Bill 1449 into law recently, creating a statewide set of regulations for drones. The bill states that “a person may not operate a model aircraft or a civil unmanned aircraft if the operation: Is in a careless or reckless manner that endangers the life or property of another person” or “interferes in the operation of a manned aircraft.” This does not take away the right for cities to create rules and regulations at city parks.

Ali Ahmed is an owner of Innovative UAS, a Tempe business that sells new and used drones as well as provides media and filming services.

“Our business is more catered to the professional users, but we still cater to consumers,” Ahmed said.

According to Ahmed, Tempe can try to regulate and control who takes off and lands in certain areas and parks but cannot control who flies over them.

“Scottsdale, Mesa, and some parks in Phoenix do not allow unit take off or landings from their city properties, but if you fly over their properties they can’t do anything about that,” Ahmed said, “because FAA (Federal Aviation Administration) owns airspace. No city, no state, no agency owns airspace.”

“Tempe Town Lake, a portion of it, is actually a Phoenix flight path,” Ahmed said “allowing hobbyists to fly in that locale and not abiding by the rules and regulations, flying within a no fly zone, it’s going to cause a lot of issues come something happen with drones—if they’re flying too high near an airplane or anything like that.”   Ahmed believes that recreational drone users are causing issues, though not on purpose.

According to Ahmed, in the pre drone era, there were smaller helicopters and model airplanes that had no restrictions on them. Therefore, “The hobby mindset is, ‘Hey I can fly wherever I want to.’”

Chauncey Holloway is a recreational drone user looking to make a business out of his hobby. He has been flying drones close to a year now and wants to have a professional drone business including cinematography, search and rescue and real estate.

Holloway recognized that not all recreational users know the rules and regulations in the city.

“You have people that aren’t careful,” Holloway said.

Holloway expressed his support upon hearing about the possibility of new regulations in places like Tempe Town Lake. Holloway has flown his drone at Tempe Town Lake and sees the possible dangers it presents with the proximity to flight paths to Sky Harbor Airport.

Holloway agreed “they need to have restrictions on people that don’t follow the rules.”