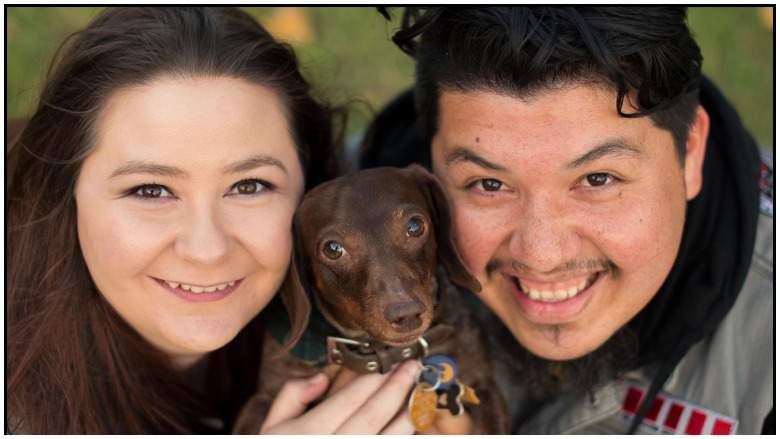 A family has been left heartbroken after a Texas woman was fatally shot while setting up for a garage sale last month.

29-year-old Elizabeth Barraza was excited for the sale, which she was hosting to raise money for a fifth anniversary trip with her beloved husband, Sergio. She was in the driveway of her Tomball home just prior to 7 a.m. on Friday, Jan. 25 when an unknown assailant approached.

The individual was recorded on a neighbor’s home security camera, which captured the suspect driving an older and dark-colored Nissan Frontier pickup truck. This person walked up the driveway and appeared to engaged Barraza in conversation before pulling out a gun and shooting her several times at point blank range. The suspect then fled from the scene, a cowardly act that has left her widowed husband and family devastated.

Police are continuing their investigation, including whether the killing was a random or premeditated attack. have not determined whether the suspect was male or female. The video footage is grainy, making it difficult to determine the killer’s sex and the nature of their interaction.

Barraza was rushed to Memorial Hermann hospital where she succumbed to her injuries. This is the same place where she and her husband routinely volunteered and gave back to their local community.

Barraza’s father Robert Nuelle also spoke at the news conference, saying his daughter was a“simple, kind and generous person” who enjoyed volunteering and had turned  a “passion for Star Wars into countless smiles on the faces of sick children and adults desperately in need of them.” Barraza was “just hoping to sell a few things to make a little extra spending money for their fifth anniversary trip. They planned to leave on Sunday,” her father added. “He shot and killed an unarmed and defenseless young woman in a brutal act that demands justice. We never imagined a life without her. We still can’t and we never will.”

Crime Stoppers has offered a $20,000 reward for information leading to the arrest and conviction of Barraza’s murderer.

Anyone with information is asked to call Crime Stoppers at 713-222-TIPS.