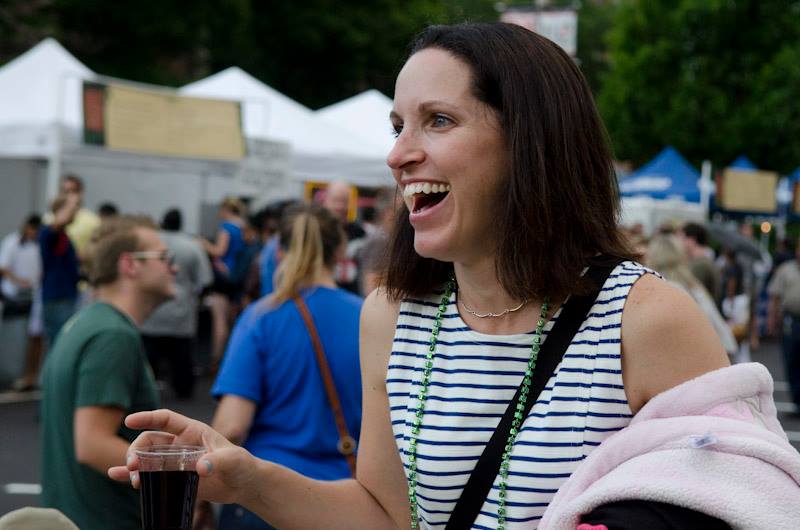 TEMPE, Arizona – If you’ve lived in or around the Tempe area for any extended amount of time, you may have noticed a change in atmosphere that has taken place in the Downtown area in recent years. Whereas the streets of Mill Avenue once teemed with the sound of drum circles and the chatter of gutter punks, today’s patrons tend to embody a slightly more conventional persona.

To be sure, Downtown Tempe is still abundant with the youthful exuberance of college students gleefully experiencing and expressing their newfound freedom. However, such a presence has become intermixed with that of a new generation of young professionals whose proximity to the area from their offices in the newly-developed business towers on the lakefront makes Downtown an ideal place for socializing.

In addition to the influx of recent commercial development, the Downtown area has also experienced growth in the form of luxury apartment complexes, which have contributed in diversifying the demographic makeup of Downtown Tempe and changing its physical landscape.

Although Tempe has continued to grow and change as any other city might, the scope of the transformation the past several years have brought to Downtown is seemingly unparalleled— save, perhaps, for the change that took place in the early 90s. At the forefront of this most current revitalization initiative, as well as the previous development boom, is the Downtown Tempe Authority (formerly, Downtown Tempe Community).

Formed in 1993, Downtown Tempe Authority (DTA), is a private, non-profit Enhanced Municipal Services District. Speaking by phone, DTA Executive Director and President Kate Borders describes the role the organization serves. “What it means is that these enhanced municipal services districts exist so that property owners— not tenants, but property owners— can get together and form a district, and, essentially, when they want services that are above and beyond what their municipality offers citywide … they would themselves take on the responsibility.”

According to Borders, the DTA and its members “work closely with city council, with the leadership within the state, with developers, brokers, anything like that,” and have “constant communication about our vision for Downtown.”

With regard to the recent development taking place Downtown, Borders states that the organization and it members “advocate for and lead the charge in that arena.”

“We’re currently right now in the process of doing a master plan for downtown that will also describe how we feel public spaces should be used moving forward,” she says.

The principle services the DTA provides comprise an initiative Borders refers to as “Clean and Safe.” In terms of the “clean” portion, she says that the organization is in charge of removing graffiti and litter, as well as cleaning the streets and any structures that are in Downtown. “We keep Downtown clean. We have porters and people like that that are running through the Downtown regularly, cleaning and sweeping and power-washing and things of that nature.

As for the safety aspect, Borders says “we have a team of what we call Safety Patrol, who are kind of security-slash-ambassadors for Downtown; they’re informed on everything that’s happening in Downtown, they can provide sort of a security function if people need escorts or there are issues that are happening such as panhandling— they approach those individuals and inform them of the law and ask them to move along.”

On the issue of panhandling, the Downtown Tempe Authority recently worked with City of Tempe officials to develop an ordinance aimed at discouraging panhandlers from sitting on Downtown sidewalks. The effort is similar to an ordinance that was repealed in 2014, which prohibited sitting on sidewalks in the area, with exceptions for instances in which an individual was ill, injured or otherwise disabled.

Proponents of the current initiative believe that panhandlers and other campers are detrimental to local businesses in the sense that they ostensibly deter customers from patronizing Downtown establishments.

However, the proposed ordinance is not without its detractors. Some residents within the community have taken to social media to express the view that simply telling campers to “move along” only serves to sweep away perceived undesirables, while doing nothing to address the larger issue of homelessness within the city.

A cross section of those unhappy with the ordinance view it and the broader developmental efforts of the DTA as an attempt at gentrification— a notion with which Borders disagrees.

“If you actually study gentrification,” she says, “gentrification is a process where people are displaced. Ownership of housing becomes incredibly expensive and families who have owned property for a long time are no longer able to maintain that property.”

Continuing her categorization of gentrification, Borders states “It’s a very complex dynamic that even we don’t understand right now, but when you build a development on a piece of land that has had nothing on it for decades, that doesn’t align with the standard conversation of gentrification.”

Asked what can be done to bridge the seeming divide between longtime residents who perceive high-end development and an attempt at revitalization as a harbinger for gentrification and her own organization, Borders replies “I think this is a community, and it’s a thriving community, and I think that we all need to come to the table and have thoughtful conversations about what our community should look like in 10, 20, 30, 100 years.”

As for the long-term objectives of DTA, Borders says, “Our long-term plan is to really try to influence strong, vibrant public spaces … how [to] make them more interactive and more engaging, and places that people want to just be; places that people now feel comfortable bringing their families. How do we introduce components that are family-friendly or that fit every demographic that would want to be in downtown? We want to be recognized for having incredible public spaces— I would say that’s probably our vision for the next few years.”