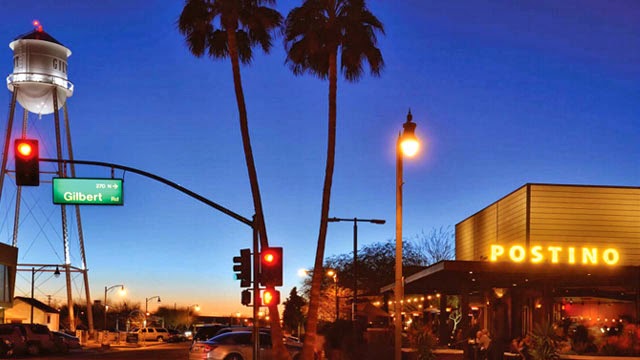 The bustling Heritage District in downtown Gilbert will soon boast another dining option for locals and tourists alike.

Culinary Dropout, the popular eatery developed by restaurateur Sam Fox, will take over a currently vacant spot in the heart of downtown Gilbert. This will be the eatery’s fourth location in the Valley, with others in Phoenix, Tempe and Scottsdale.

Gilbert’s Town Council approved an agreement to sell an approximately half-acre parcel of town-owned, vacant property to Phoenix-based Common Bond Development Group, which Fox is a partner of, for just over $1 million dollar. That amount is nearly $50 for each square foot.

The site, which is located at the northeast corner of Hearne Way and Gilbert Road, will become The Yard at Gilbert Heritage District, and it will be anchored by a Culinary Dropout eatery, complete with indoor and outdoor seating, entertainment, and a banquet facility for celebrations.

The planned 25,0000-square-foot, two-story building will be located across from Lo Lo’s Chicken and Waffles and Barrio Queen.

In this space, Culinary Dropout will be the only tenant, with the restaurant and bar taking up the first floor and the banquet area, called The Coop, on the second floor.

This announcement is exciting for Gilbert locals, who have supported the ongoing revitalization of downtown development. The restaurant will include a children’s area with outdoor games and entertainment for the whole family.

This restaurant will be the latest addition to the evolving array of eateries in the downtown district. Fox Restaurant Concepts also operates Zinburger in the area.

With the deal, The Yard or another similar concept will be developed within the next two years, and open by October 2018.