My Local News.US Real News - Real Local
Home Community Crime A Major Concern on ASU, U of A Campuses 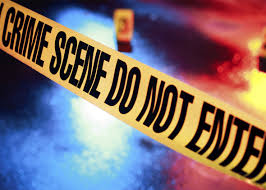 “Almost everyone I know at school has been a victim of some crime,” Shaila Carney, junior at ASU said.

Safety is a priority on college campuses around the United States, but crime continues despite efforts to deter it.

“I feel safe walking around campus, but I definitely would never leave my door unlocked,” University of Arizona junior, Stephanie Shaw said.  “I have not been a victim of a crime, but my roommate the last two years have had their bikes stolen from them.”

According to the U.S. Department of Education, in 2014 there were 48 reported burglaries at ASU’s Tempe campus, 16 reported motor vehicle thefts, 10 reported robberies, two reported arson cases, and 10 reported rapes.

ASU, UA, and USC are compared in this research because each school has over 42,000 undergraduate students, according to the U.S Dept. of Education.

“I carry around pepper spray because I know there are so many dangerous people around me all the time,” Carney said.  “I’ve had it since the second semester of my freshman year, because during my first semester, my friend got jumped and had all his money taken from him.”

Payton Ebow, a junior and former community assistant at a dorm on USC’s campus, said he had to be extra vigilant as a community assistant because of the potential for crime.  “There was a number of times, I think three, where I stopped a potential crime from happening inside of the dorm.”

“As a parent, I want my son to be happy.  But even more than that, I want him to be safe,” Shelly Reimann, mother of a sophomore student at ASU said.

Parents and students alike make decisions on where to attend college based on a number of different criteria, with safety consistently at the top of the list.

With student safety being a priority for students, parents, school staff, and police departments everywhere, schools like ASU have started to use professional security at dorms to try to combat crime.