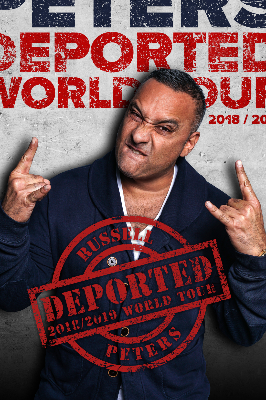 The Canadian comedian, who is of Anglo-Indian descent, broke out in 2004 when his set on Canada’s Comedy Now! went viral. Peters, who has sold out arenas such as Madison Square Garden and Wembley Stadium, is on the U.S. leg of his Deported world tour, which already has played for more than 200,000 people in 29 cities across 20 countries.

Showtimes are subject to change.