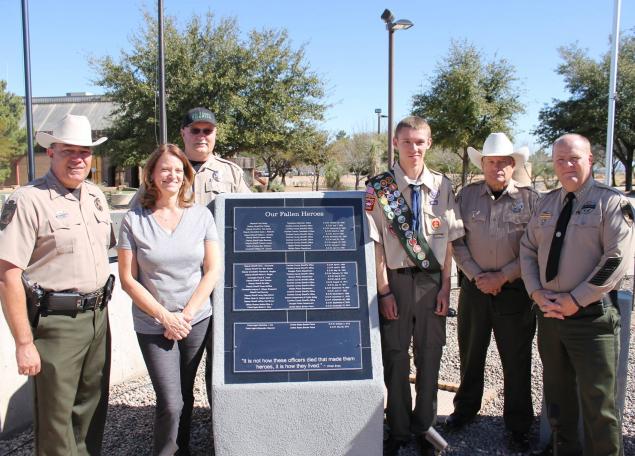 The Sheriff of Cochise County has been presented with national responsibilities, where he will share his opinions and expertise with Homeland Security and the Trump Administration.

The National Sheriff’s Association, which aims to raise the level of professionalism among sheriffs throughout the country,  recently appointed Sheriff Mark Dannels to the position of “Immigration and Border Security Chairman.”

In his new role, Sheriff Dannels will represent over 3,000 fellow Sheriffs across America and share their concerns and comments on border security with the government in the nation’s capitol. His agenda will include tackling drug trafficking, ensuring a strong and secure border for the future, implementing prevention plans and enforcement tools, and educating sheriffs.

Sheriff Dannels is a 32 year veteran of law enforcement, and he was reelected to the Sheriff seat last November.

Dannels earned his Master’s Degree in Criminal Justice Management at Aspen University and is a Certified Public Manager from Arizona State University.  He served in the United States Army before beginning his law enforcement career in 1984.  He was recognized by the Governor for his efforts toward improved highway and community safety, and he has been a valued member of the Cochise County Law enforcement team for many years.