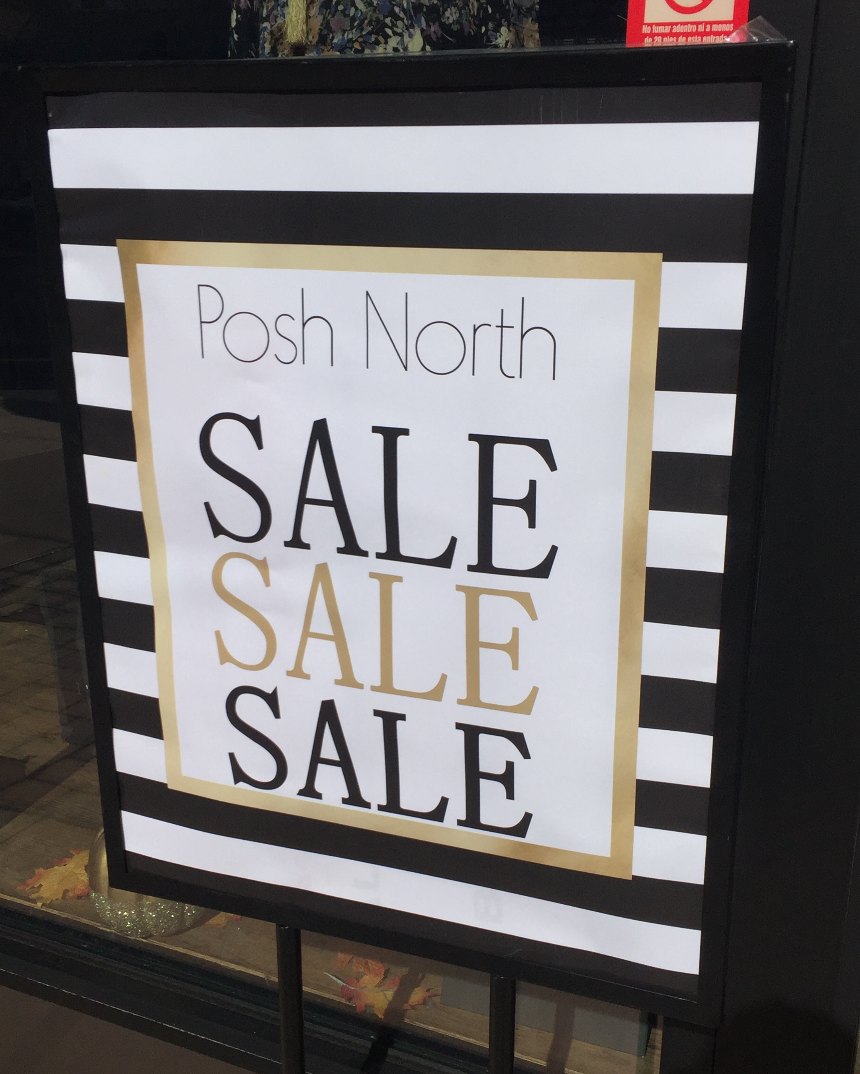 As we approach the biggest shopping season of the year, local businesses may not have the same and constant advertising that major chain retailers do, but do not think this means they are skipping out on offering Black Friday deals.

With the holidays right around the corner, one local business, Posh North Boutique, is working to compete with major retailers in the area.

Nicole Dougherty opened Simply Posh Consignment Boutique in 2012 in North Central Phoenix. Her original concept for this store was a combination of both a boutique and spray-tanning salon, which sells both new and pre-owned clothing.

Taylor Bejar, 21, is a resident of North Phoenix and attends Grand Canyon University.

“I spoke to the owner and she also owns a consignment store. She focuses on selling high-end or designer clothes, shoes, and accessories that were previously owned and are still in good condition. This allows me to get designer items for an affordable price-which is great for a college student like me,” Bejar said.

As its success grew, Dougherty was approached by Red Development to open a second location at the Shops at Norterra. In summer 2016, she opened Posh North Boutique.

“It’s nice because in Phoenix people do like that local feel, not just box or department stores,” Dougherty said.

“I think shopping there is so much better than a major retailer because they are very selective with their inventory. They are constantly restocking with new and trendy clothes I never see at department stores. Shopping there makes me feel like I’m getting one of a kind items!” Bejar said.

Posh North Boutique is located in North Phoenix off the I-17 and Happy Valley Road, next door to a Victoria’s Secret, Charming Charlie’s and Bath and Body Works.

Dougherty contributes some of her success to the location, as these major retailers attract her ideal customers, and keep up traffic in the store.

“Being next to Victoria’s Secret is why I chose this one. I wanted to be right next to them,” Dougherty said.

“Definitely being in this area has also helped. People have just found me. And then word of mouth, and social media,” Dougherty said.

Posh North Boutique will be participating in both Black Friday and Small Business Saturday, although she has not revealed the details of either sale yet.

Traffic is expected to pick up, as more people are out and about, searching for holiday gifts.

“It is my goal to make Posh North into more than just a boutique; I want to provide exceptional customer service and that personal touch that every shopper hopes to experience,” Dougherty said.

Kimber Lanning is an Arizona native who founded Local First Arizona in 2003.

According to their website, Local First Arizona is “a statewide, non-profit organization dedicated to raising public awareness of the economic and cultural benefits provided by locally owned businesses.”

Lanning is passionate about spreading her message, and as an organization, Local First Arizona has accumulated over 2,500 members.

Lanning has broken down the importance of local business and the flow of jobs it creates for our economy.

According to ABC news, “The average American will spend $700 on holiday gifts and goodies this year, totaling more than $465 billion, the National Retail Federation estimates.”

The impact shoppers could have on local business and local economy this holiday season is huge. Based on Lanning’s calculations, by shifting some of what you spend to local business, you are not only supporting more jobs, but a more stable state economy.

“We need to hold up Arizona companies on our shoulders and say, ‘Thank you! What can we do to help you? How can we support you?’” Lanning said.