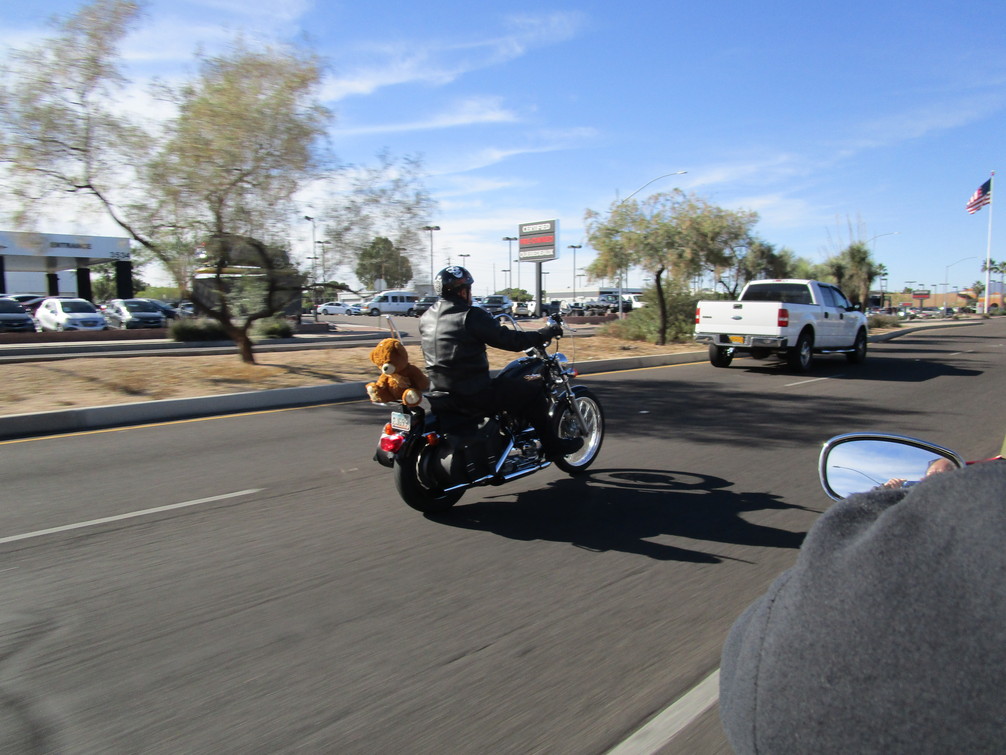 Guest Column: In My Experience…

To most, a “Biker” signals someone who rides noisy motorcycles, wears leather and skull-adorned clothing, drinks at shady bars, maintains a rough appearance, and generally behaves agitated and vulgar – men and women alike.  With cynic humor, many bikers have not bothered to disillusion the public with their illusions, and some have gleefully fed the stereotype.  This image was even proliferated somewhat through the popular TV series Sons of Anarchy, a portrayal of the small minority of bikers who actually pledge to an outlaw motorcycle club, a minority known collectively as “The One Percenters”.  There is the larger percentage of bikers who join the less infamous motorcycle clubs, or the even milder riding clubs who don’t require prospecting.  The rest of the bikers are simply guys and girls who ride motorcycles.  Some only ride their bikes a few times a year, known in Biker circles as “The Weekend Warrior”.  A few, like my boyfriend and myself, use the motorcycle as a main source of transportation and steadily put 20,000 – 30,000 miles on the seat each year, and the motorcycle factors into a way of life.  Some bikers, often referred to “The Yuppy Bikers”, spend lavishly on flashy bikes and leather chaps and vests, and all the cool gear that makes bikers look big, bad, and tough.  Others swap the cool looks for the most comfortable and practical clothing we can find to withstand miles of extremely scorching summers, severe winds, and freezing winter temps.  The One Percenter, The Lifestyle Biker, and The Yuppy Biker, do not share much in common,  but there is one single trend unexpectedly encompassing all three groups: the trend of Charity. 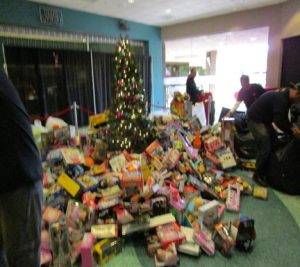 biker outlet held their 6th Annual Toy Run, and this year’s efforts met with awesome turnout and collection.  Bikers enjoyed hot coffee and assorted pastries at the starting point, set up at the Renegade Classics shop.  The route first took riders down Speedway Boulevard to Gates Pass along the West side of the Tucson Mountains.  The second stop brought them to the historic Mission San Javier del Bac.  Whether the sun is shining, or the sky looms overcast and gloomy, this route provides fun twisties to navigate through beautiful desert scenery.  The ride concluded at Casino Del Sol. 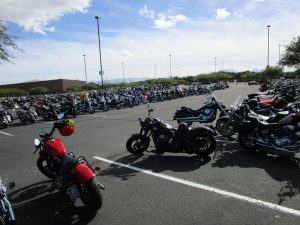 Bikers turned in their lunch tickets for assorted hot and cold beverages, and plentiful servings of fresh coleslaw, baked beans with bits of ham, Southwestern mac and cheese, barbequed chicken, rolls with real butter, and apple cobbler.  This year, a local Lynnard Skynnard tribute band provided the afternoon’s entertainment and played three sets of best loved music from the “Sweet Home Alabama” band.  Bikers said “Hello” to old friends and met new ones throughout the afternoon.  There was the usual strolling the parking lot to check out bikes, and admiring the Christmas tree and the very impressive pile of toys piled around it.  Many were happy to note that this year’s toy run ended with such a generous turnout of “the cool kind” of toys.

There are a small number of bikers who reserve this annual toy run as their charity ride for the year, but most of them participate in other charity events year-round in the state of Arizona. The Christmas season alone offers bikers at least 10 well-known ride for charity events, including Tucson’s Renegade Classics Toy Run, the upcoming Kruzin’ for Kids Holiday Parade on December 10th , and the upcoming Sun Riders Annual Toy Parade on December 11th. 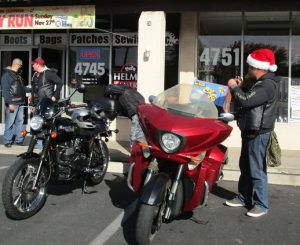 Bikers across Arizona also ride to raise awareness and funding for breast cancer, children’s hospitals, general poverty, and a myriad of other community needs.

The public does not readily nor willingly associate motorcycle clubs and bikers with compassion and generosity, but bikers will keep riding their noisy bikes while quietly raising donations for charities, and this trend is steadily growing.  To find some charity runs in your area, you can check out websites such as CycleFish, Motorcycle Roads, and Let’s Ride.