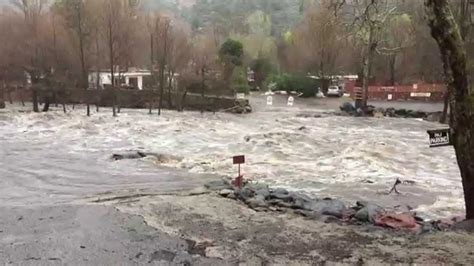 Coconino County supervisors have increased taxes on Flagstaff residents for flood control, before the city council had the opportunity to discuss the possibility with supervisors and fellow council members.

Last Tuesday, the supervisors approved a resolution that said properties within Flagstaff, Page and the town of Fredonia will no longer be exempt from a flood control district tax within Coconino County.

Despite concerns expressed by two Flagstaff city council-members over how rapidly the county had moved to change the flood tax, the county resolution passed. County officials first brought up the potential changes in February, but the Flagstaff City Council only learned about it earlier this month. Their first chance to talk about the issue as a group would have been last Tuesday, but supervisors had voted before that.

Mayor Coral Evans said the city council had a lot of unanswered questions, such as the true impact the change will have for city residents. County estimates suggest a $300,000 home in Flagstaff will now be charged an extra $55 on their property taxes to cover the flood control district, while a $500,000 commercial property in the city would be charged $164.

Property owners who were previously paying the flood control district tax will see their amount decrease because the total amount collected will be distributed among more residents.

County supervisors have defended their quick decision, stating that they needed to follow the state statute and have a more consistent flood district tax throughout the entire county.

The 14 other counties across Arizona already have a flood control district tax on every property within their borders. While the legality of the county’s decision may be reviewed, if it survives supervisors say they will meet with local cities and towns to determine how to best evaluate, prioritize and support the projects that will use this funding. For more information, please visit the official website of Coconino County here.