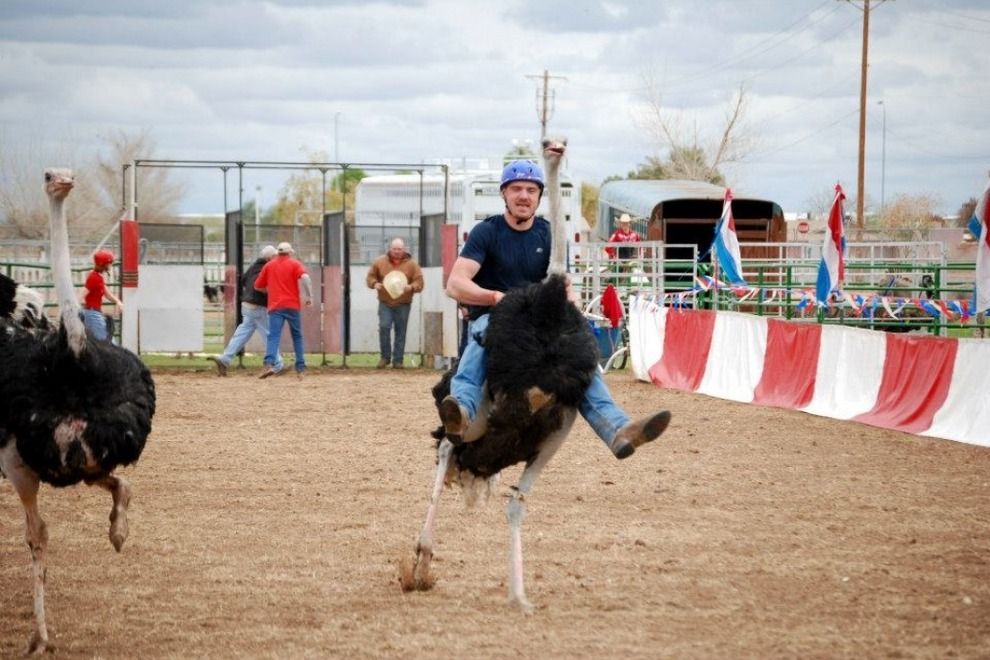 The popular Ostrich Festival is part of Chandler’s recent history, but it is based on Chandler’s colorful early history of ostrich ranching, which included raising these unusual creatures for their stylish and expensive plumes. The festival is produced by the Chandler Chamber of Commerce and takes place at Tumbleweed Park, on the southwest corner of McQueen and German roads.

To celebrate this rich history, as well as provide a first-class community event, the Chandler Ostrich Festival began in 1989. The event has grown to become one of the premier festivals in the southwest, with 250,000 to 350,000 people attending the three-day celebration each spring.

In addition to bringing in nationally known musical groups, the festival also features some of the most popular local and regional talent in the Southwest. There are also performances by dozens of local community groups throughout the weekend performing music, dance, and more.

The awesome ostrich is also featured in Ostrich Alley where you can purchase ostrich foods, feather dusters, leather goods and other merchandise. See young, live ostriches and emus up close and learn about them from the experts who raise the birds.

For more information or questions on any of these three events, please contact the Chandler Chamber of Commerce at 480-963-4571, or visit https://ostrichfestival.com.