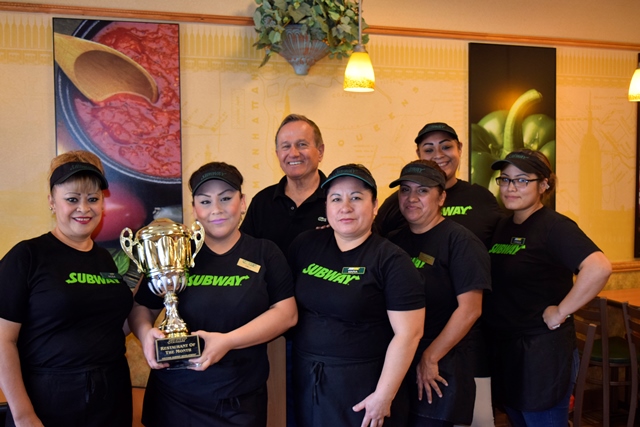 (PHOENIX) – SUBWAY® Restaurants of Arizona is pleased to announce that the Subway Restaurant located at 2817 N. Central Ave. on the northwest corner of  Thomas Road and Central Avenue in Phoenix has been named the “Restaurant of the Month” for November 2016. This location, which beat out more than 400 of its fellow restaurants statewide, is owned by Leigh Lysak and managed by Chely Vera.

“This restaurant has worked very hard to receive this honor,” said Lysak. “Chely has been at this location for 15 years, and at least four other team members have been here for over eight—they are very loyal to Subway and excellent to our customers. No matter what time of day, customers will be greeted and helped out the door with picture-perfect sandwiches.”

Lysak first became a franchisee in 1992. This is the first time this Subway location has won the Restaurant of the Month award, which now makes it eligible for the coveted 2016 Restaurant of the Year honors, which will be given out at the end of the year.