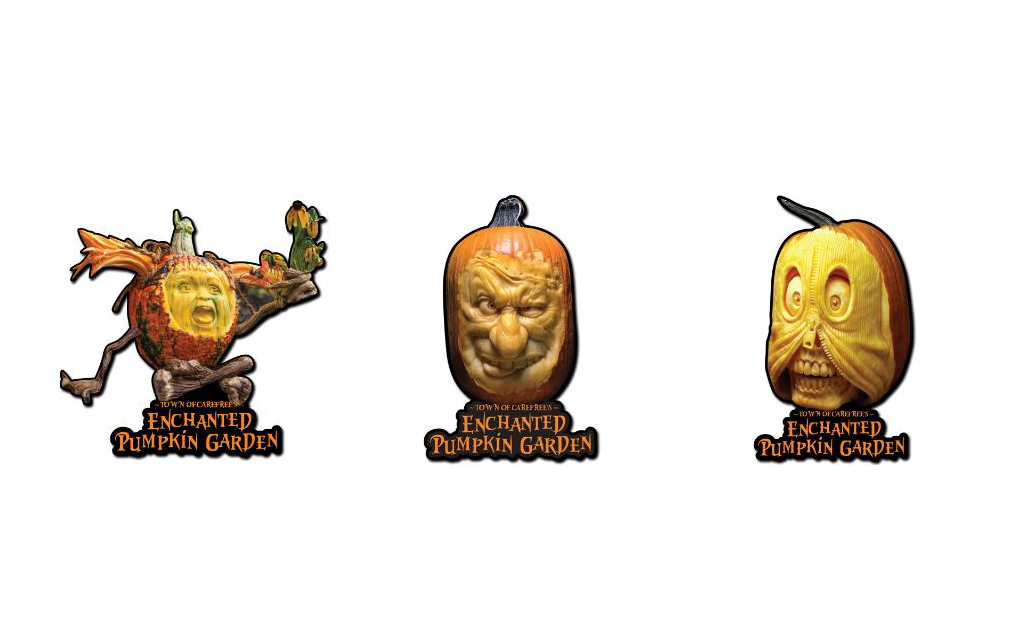 The Town of Carefree and the Carefree/Cave Creek Chamber of Commerce will launch a new Pumpkin Pin Treasure Hunt the first week of October, in partnership with local businesses, to help kick-off the Fall season and the second annual Enchanted Pumpkin Garden exhibition by world renowned artist Ray Villafane, scheduled for October 17-31, 2016, in the Carefree Desert Gardens, 101 Easy Street, Carefree, Arizona.

Clues will start being posted about pin locations starting Monday, October 3, 2016 on CarefreePumpkinGarden.com AND ON carefreecavecreek.org websites and Facebook pages as well as individual business websites and social media.

You may also stop into the store for an extra “hint”. Special limited edition Pumpkin Pins will be hidden only on public property within the town limits of Carefree.

Each winner* will contact the local business to redeem their prize and have their photo taken and posted on the Town and Chamber Facebook pages.

After the 4 weeks, each winners name will be placed in a drawing and have the chance at being chosen for the Grand Prize at the enchanted Pumpkin Garden Festival, Saturday, October 29, 2016 in the Sanderson Lincoln Pavilion. The one winner chosen will be presented with a carved pumpkin by Ray Villafane worth over $2,500.

The winners will be invited to a ceremony at the Enchanted Pumpkin Festival, Saturday, October 29, 2016 in the Sanderson Lincoln Pavilion to take a group picture and celebrate their findings!