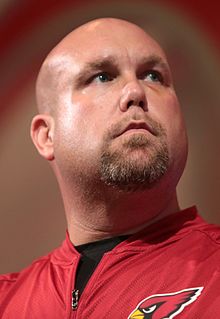 “In this day and age there’s no excuse to drink and drive, we have Lyft, and we have Uber,” said Bidwill. “It was not a mistake; it was not an accident, he made a conscientious decision to drive after he’d been drinking.”

Keim was pulled over by Chandler Police officers for driving erratically during the early morning hours of July 4. His arrest was captured on Police body cam footage.

According to police, Keim’s eyes were bloodshot, his speech was slurred and his breath smelled of alcohol. During a field sobriety test, he was reportedly unable to follow a pen with his eyes, although he declined to take a Breathalyzer and other tests. Once it was determined that Keim’s blood alcohol was twice the legal limit at the time of his arrest, harsher penalties were enforced.

Stay up-to-date on all the Cardinals news as they prepare for the 2018 season on their official website HERE.