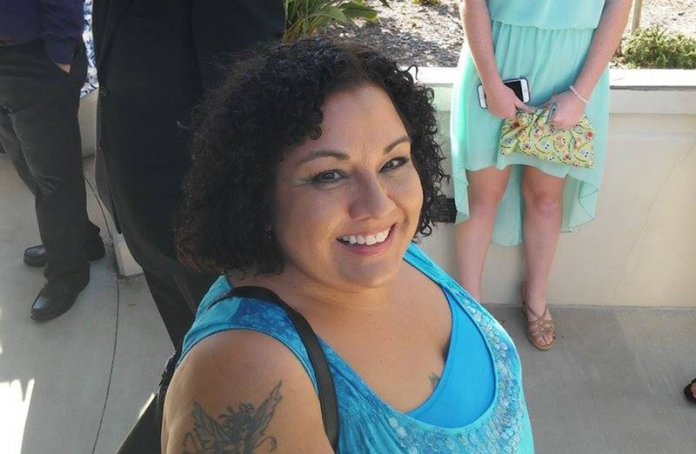 A California man was sentenced to 26 years to life in the murder of his mother.

Just prior to his sentencing, 26-year-old Escondido resident David McGee Jr. apologized for killing his mother, 55-year-old Rebecca “Becky” Apodaca, in February of last year. She was beaten to death with a claw hammer, an attack that happened after McGee ingested an alarming amount of allergy medicine.

“Nothing will ever bring her back,” he said, according to The San Diego Union-Tribune. “I’m so sorry for what I have done…I’m not asking you to let me go or anything, just let me see freedom again one day so that I can make up for what I’ve done. I’m sorry.”

McGee’s tearful pleas for mercy came after the trial and subsequent sentencing, in which McGee claimed he heard a voice telling him to kill his mother. The judge said McGee’s apology didn’t change the “finality of the decision you made,” local news station KNSD reports. “You devastated your entire family.”

McGee was convicted in May for first-degree murder, and he was also sentenced to one year in prison for the use of a hammer. He was also ordered to pay a $10,000 restitution fine.

On Feb. 1, 2017, McGee’s sister, Rebecca Apodaca-Smith, discovered their beloved mom unconscious and covered in blood. She came to check on her mom because the woman hadn’t been responding to messages or work. Apodaca-Smith soon found her brother hiding in a closet, nude and bloodied with self-inflicted knife wounds in a failed suicide attempt. There was an empty bottle of allergy medicine in the bathroom, and blood tests showed that McGee had an extremely high level of an over-the-county allergy medicine in his system, indicating that he may have ingested upwards of 100 25mg pills.

McGee told police he was depressed and blamed his mom for bringing him into the world. He claimed he heard a voice telling him to hurt her. During the trial, McGee’s attorney argue that he had overdosed on generic antihistamines, having taken at least 80 allergy pills which prompted the attack in “a fog of Benadryl.”

His defense argued that there is a difference between killing and murder. Prior to the sentencing, Apodaca-Smith told the court, “I know my mother would forgive him. I forgive him. I know that my grandmother forgives him. My father — my family,” The Union-Tribune reported.