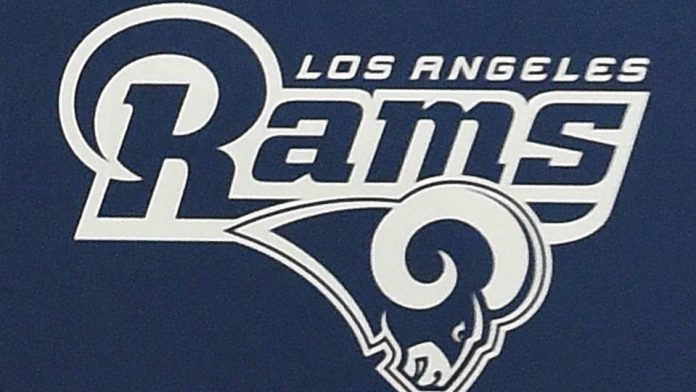 The Los Angeles Rams have a bright future ahead of them, having just secured defensive tackle Aaron Donald for the foreseeable future.

Donald just signed a six-year-deal through 2024, putting an end to his second consecutive preseason holdout. This massive new contract makes him the highest-paid defensive player in the history of the NFL. It helps that he’s the reigning NFL Defensive Player of the Year!

ESPN and the NFL Network reported the new deal is worth $USD 135 million for six years, with $87 million guaranteed and a $40 million signing bonus. Donald is in the final year of his rookie deal, in which he will make $6.89 million this season.

Donald has been selected for the Pro Bowl following each of his four season at the professional level. The 27-year-old came from Pitt and is a key part of the Rams’ defense, quickly making his place known as one of the league’s most dominant defense players.

His proven effectiveness against both the passing and running games makes him a valuable player. He was part of LA’s remarkable one-year turnaround in 2017 under the leadership of rookie coach Sean McVay. Donald led the defense under the watchful eye of veteran coordinator Wade Phillips as the Rams put an end to 12 consecutive non-playoff seasons, winning their division for the first time in 14 years.

Donald was strict during negotiations for his future in football, skipping the previous two training camps and preseasons while waiting for a new contract. He also bowed out of the Rams’ entire off-season program earlier this year. In fact, he missed the Rams’ first game last year after failing to report until the day before the start of the regular season. Even so, he earned the player of the year award despite appearing in only 14 games. He had 11 sacks and 41 tackles while forcing five fumbles.

The NFC West champions benefited greatly from Donald’s 91 quarterback pressures, and this new contract will give him the chance to work with veteran Michael Brockers and Rams newcomer Ndamukong Suh, This possible defensive line shows great potential, as Suh is a five-time Pro Bowl selection who came to the Rams as a free agent in March. McVay is likely to join the Rams for their regular season opener in Oakland on September 10.

This isn’t the only big deal the Rams have agreed to in recent months, having signed top-dollar, long-term deals with receiver Brandin Cooks and right tackle Rob Havenstein, as well as NFL Offensive Player of the Year Todd Gurley.

The Rams’ Quarterback Jared Goff is approaching the fourth year of his rookie deal and is likely to negotiate another contract in the future. Donald joined the St. Louis Rams in 2014 and was the 13th overall draft pick. In his inaugural season, he earned the title of defensive rookie of the year.

Please visit the official website of the Los Angeles Rams HERE for more information and updates on the team as the season gets underway.