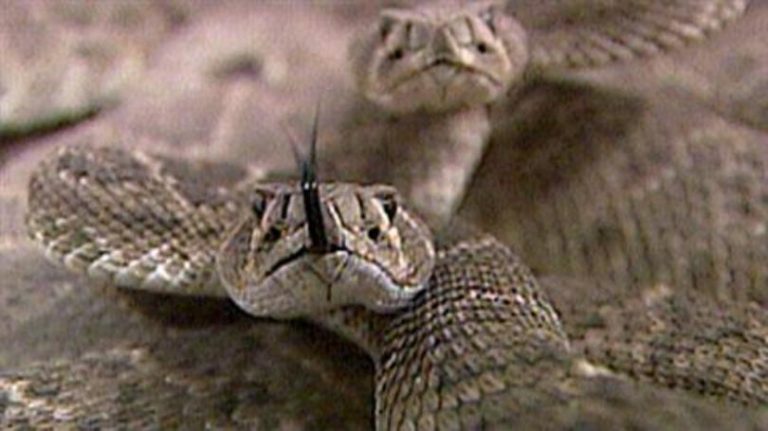 Can you imagine spending a day out on the water, enjoying the summer sun and refreshing breeze, when out of nowhere you see something incredible and/or terrifying, depending on how you feel about snakes?
This situation was a reality for a California couple earlier this month, as they were kayaking in the pristine waters of the American River in Sacramento. When Jonathan Carabba was along the stretch of water between Howe and Watt avenues, he saw something he could hardly believe.
He captured the amazing moment on video as he watched a rattlesnake slithering and sliding across the water’s surface in the middle of the river, not far from his kayak. In interviews with local news outlets, Carabba said he watched as the snake eventually reached shore, just feet away from several people fishing.
Although this may seem crazy, officials with the Department of Fish and Wildlife assure residents that rattlesnakes can, and sometimes do, swim. That’s why you should never grab ahold of branches or sticks while swimming in rivers or lakes, because you may mistake them for a snake.

Check out the full video as posted to Twitter HERE.