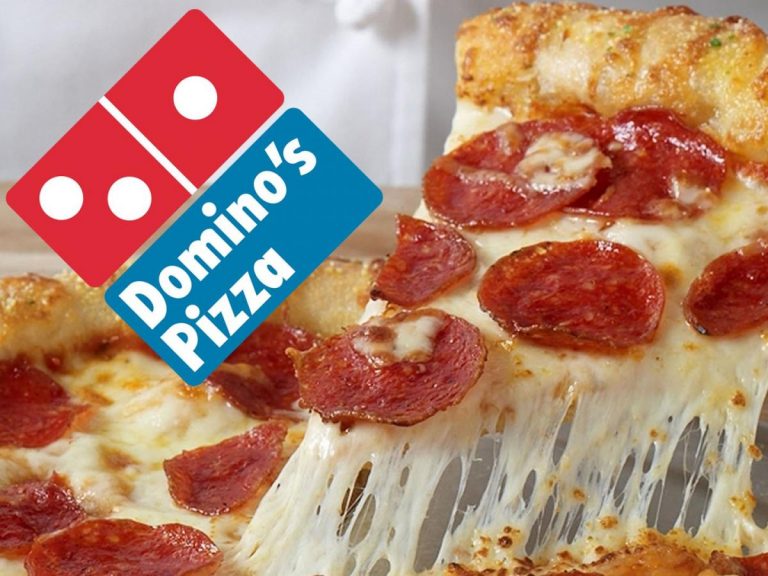 A big name in American fast food is making waves for their dedication to helping local communities.

Domino’s, the largest pizza seller globally in terms of sales numbers, recently announced plans to team up with several towns and cities across America to repair their potholes, ultimately making for a smoother journey for takeaway pizzas. So far, one California town is on the list, and that’s Burbank. Other U.S. cities that have partnered with the pizza chain include Bartonville, Texas; Milford, Delaware and Athens, Georgia.

The paved-over potholes are covered with the famous red and blue Domino’s logo as well as the company’s current catchphrase, “Oh yes we did.” Although this may sound like a very innovative and unique tactic, it’s not the first time a fast food chain has tried to fix roadways. Back in 2009, Kentucky Fried Chicken chose five U.S. towns to receive up to $5,000 to fix potholes. Once they were fixed, the potholes were covered in a chalk KFC logo that washed away following the first rainfall.

402 miles north of Burbank in Petaluma, California, the KFC efforts backfired. The city’s “dual reputation for chicken farming and tire-flattening potholes” helped to secure the KFC funding, but the local government was subjected to a minor media frenzy with PETA over the partnership. The group of animal rights activists spoke out, saying “We think people would be upset to learn road repairs were a direct result of cruelty to chickens,” which prompted then-mayor Pamela Torliatt to respond by saying she would not join in a “game of chicken over our pothole paving.”

The Domino’s decision comes at a time when leading experts such as the American Society of Civil Engineers estimates the U.S. government would have to spend at least $4.5 trillion by 2025 to bring its lackluster infrastructure up to speed, with $2 trillion of that necessary just to fix roads and streets.

For more information about the Domino’s initiative, please visit the official website HERE.