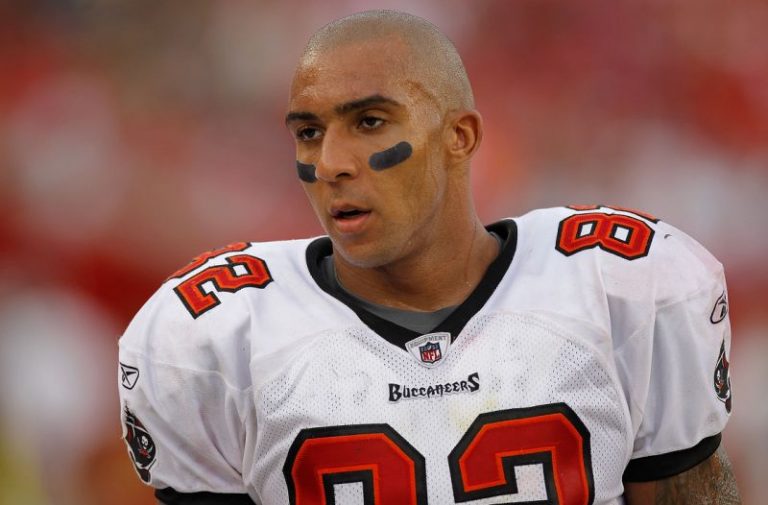 An ex-NFL player was taken into custody in California on several charges.

34-year-old Kellen Winslow Jr. was arrested earlier this month on charges of rape and other sex crimes on the day he was set to appear in court on an unrelated burglary charge.

Sheriff’s deputies showed up at his Encinitas home outside of San Diego to arrest him on June 14. He was charged with two counts of rape, two counts of kidnapping with intent to commit rape and several other sex crime charges. He was let go after posting $50,000 bail.

Winslow Jr., who once the highest paid tight end in the NFL, also faces burglary charges after an incident at a mobile home park last month. He is the son of Kellen Winslow, a Hall of Famer tight end. Winslow Jr. played in the NFL for 10 seasons spanning 2004-2013, spending time with Cleveland, Tampa Bay, New England and the New York Jets. Once a star performer at the University of Miami, Winslow Jr. recorded 469 catches for 5,236 yards and 25 touchdowns in 105 NFL games.

He was suspended in 2013 while with the Jets for violating the league’s policy on performance enhancing drugs. He later faced charges for possession of synthetic marijuana, but they were dropped after he followed court-ordered terms. Cleveland selected Winslow Jr. sixth overall in the draft, but he broke his right leg as a rookie and seriously injured his right knee in a motorcycle accident during the offseason.