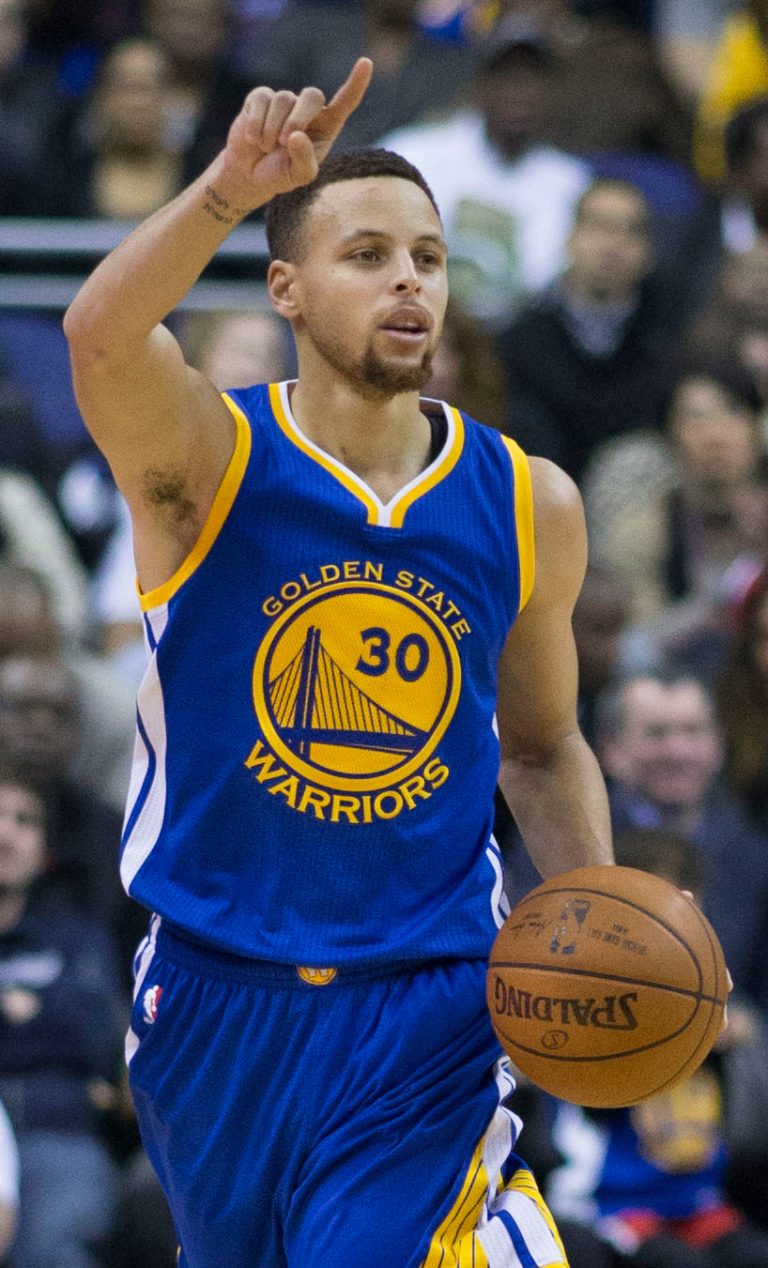 Stephen Curry is leading the Golden State Warriors through the NBA Finals series vs. the Cleveland Cavaliers.

Curry, who has won titles with the Warriors in 2015 and 2017, is leaving it all out on the court as he stuns with more stellar performances.

On Sunday, June 3, the all-star set an NBA Finals record with nine 3-pointers. He scored an impressive 33 points to lift Golden State to a 122-103 win and a 2-0 series lead over the floundering Cleveland Cavaliers.

Three of those three-pointers came in the fourth quarter as the Warriors broke away from the Cavaliers, who were sticking close behind at the start of the fourth. Curry also recorded eight assists and seven rebounds

Curry hit five 3s in the fourth quarter as the Warriors turned it into a romp after the Cavaliers were within seven points early in the period. He recorded eight assists and seven rebounds to round out the night.