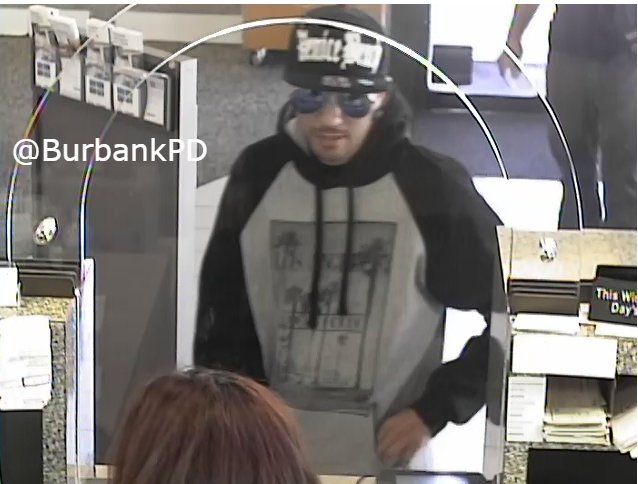 A Valencia man pleaded not guilty Thursday to a string of robberies at banks across the southern part of the state.

27-year-old James Lee Hamil has been charged with six counts of second-degree robbery and two counts of attempted second-degree robbery. Los Angeles County prosecutors believe Hamil and an accomplice are behind a series of bank robberies spanning Burbank, Newhall, Valencia, Pico Rivera and Orange over the course of two months between March and May.

Fellow Valencia resident and co-defendant Samantha Yaworski, 22, pleaded not guilty to one count of attempted second-degree robbery. Burbank police say evidence indicates she is the alleged getaway in at least one of the robberies, while Hamil is the suspected robber.

The pair were taken into custody last Friday by Los Angeles police officers after they went into a U.S. Bank location in the 10100 block of Riverside Drive in North Hollywood. Hamill and Yaworski are due back in a Burbank courtroom at the end of the month, when a hearing will be set. Hamill could spend more than 11 years behind bars if convicted as charged, while Yaworski could be sentenced to up to three years in prison.

For more information, please visit the official website of the Burbank Police Department.