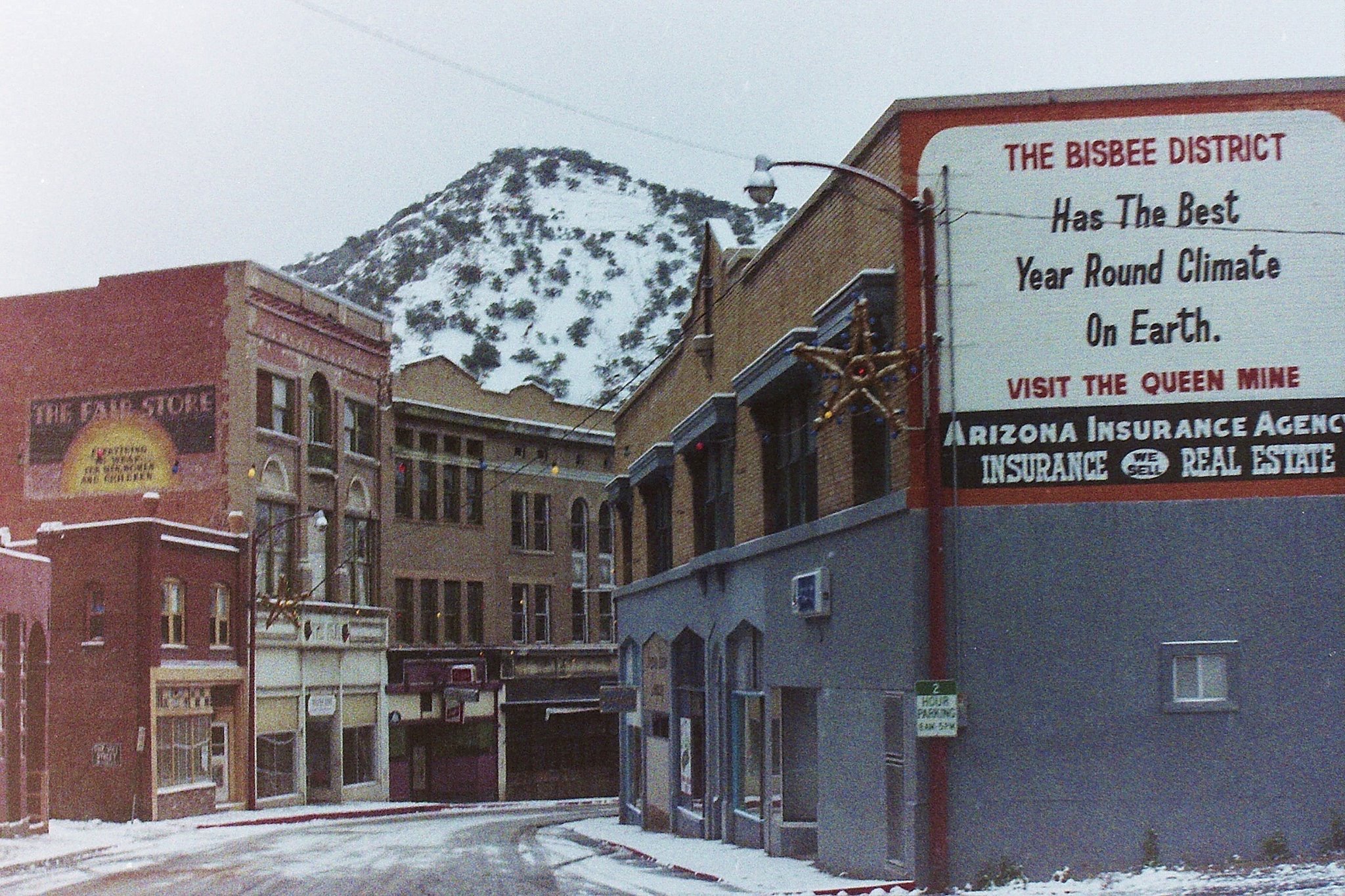 I love Bisbee! I had the privilege of living there from November 1958 until June of 1973. Even though my job takes me all over the world and I now live in Scottsdale, I will always tell people that I’m from Bisbee.

My favorite holiday is Independence Day and my favorite place to celebrate it is in Bisbee, Arizona. What could be better than getting up early to see the hard rock drilling contest and the “B Hill” run? Then we had to hurry to find the perfect perch to witness the coaster race down Tombstone Canyon. We delighted in watching the coasters racing down the canyon and rooting for our friends. As soon as the race ended, we had to find a shady spot to watch the 4th of July Parade in Warren. (I even had the chance to participate a couple of times!). The Parade was such a thrill and even now I can remember some of the marchers and creative floats. Next, we practiced our sack race and three-legged racing skills and headed for the Vista Park to compete for money. My gradeschool friend and I walked away with several dollar bills in our pocket! Afterward, we still had a couple of hours until it was dark, the time for the famous Bisbee Fireworks display. We managed to fill the time by lighting Black Cats, M-80s and Cherry Bombs that we found in my grandmother’s gun cabinet. (Today, this would have gotten us thrown in jail!)

The fireworks generally started around 8 PM and they were usually accompanied by nature’s own fireworks in the form of a wonderful Monsoon thunderstorm.

I am not the only one that thought that Bisbee’s 4th of July was the best. The old TV show, “The Dating Game” actually gave a Bisbee 4th celebration to a couple who won the grand prize.

Any trip to Bisbee should be considered the Grand Prize!