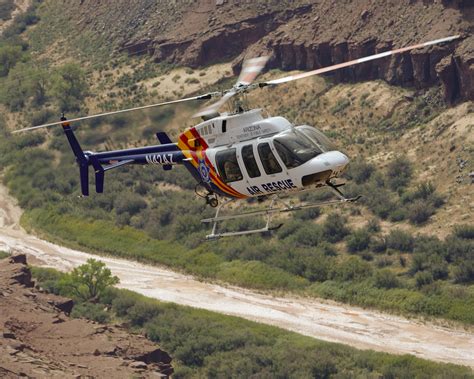 An Arizona Department of Public Safety helicopter is back in flying action after a bird strike last month caused significant damage.

According to AZDPS officials, the chopper was flying back to a base in Kingman after searching for a missing 4-year-old girl on April 29. During the early morning flight, the aircraft was struck by a flock of birds, one of which broke through the left front chin bubble.

Trooper-Paramedic Daniel Townsend said the impact was a series of loud thuds, along with a sudden rush of air, debris, bird blood and remains into the cockpit, according to AZDPS. Thankfully, no one was hurt and pilot John Haverly landed the helicopter safely near Williams, 35 miles west of Flagstaff. The young girl they had been searching for was later found.

The helicopter was taken out of service for repairs, and it just returned to service on Monday.