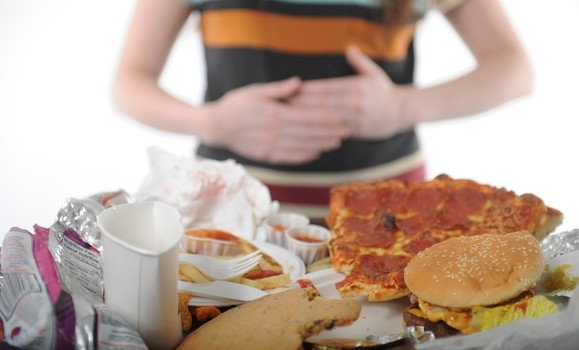 Janice Connell, nutritionist and teacher, believes it is important to learn about factors and causes of eating disorders. She teaches nutrition classes at Phoenix College and ASU. “There are many factors that can contribute to eating disorders, such as possible gene link, family environment, anxiety, compulsive behavior, media influence, society or cultural influence and even personality traits,” she said, adding that some of those traits associated with binge eating can be “perfectionism, low self-esteem, moodiness, interpersonal difficulties, high need for control.”

No one is immune to developing eating disorders sometime in their life. A couple of famous fitness YouTubers struggled with binge eating, until they reached a healthy point where they were able to stop it from controlling their lives. Megan Gallagher, a powerlifter and YouTuber, started her career as a bikini competitor, but soon after she discovered that was not for her. She experienced this disorder after her first bikini show. After being restricted from eating all the things she loved, she began to overeat because there was not a weight goal she needed to reach. She confessed to her viewers that she would eat excessively by herself and felt so ashamed, but she just could not control it. Most people do not realize they have a disorder so it is difficult for them to get the help they need.

There are more and more places available to assist people with eating disorders; one of them is the Liberation Center in Phoenix. Dr. Lesley Williams, a doctor who is specialized in eating disorders, expresses that, “Binge eating is likely the most common eating disorder because of the ready availability to food. Many people who suffer with it have underlying emotional issues and find that food is comforting.  It is much easier and socially acceptable to use food instead of seeking mental health services.” She included that even though “Binge eating is the most common eating disorder, people are typically not aware of it and don’t recognize that there is treatment available.”

Although binge eating patients are usually overweight, people of all shapes and sizes can also have this disorder. Williams shared that some patients have common features, like eating large amounts of food in a discrete amount of time, eating until uncomfortably full, eating alone, and feeling guilt or shame following a binge.

Binge eating does not need to take over your life forever; there are options out there to assist people with this disorder. Paola Ortiz, the office manager of the Liberation Center, mentioned that they have activities like yoga, but no over-exercising sports, to promote body image and mindful movement to help the patients. The Liberation Center understands that the holidays are a very vulnerable time for patients, so they started a program on November 1 to help with binge eating. Expects say it is essential for people to improve their relationship with food and their body.