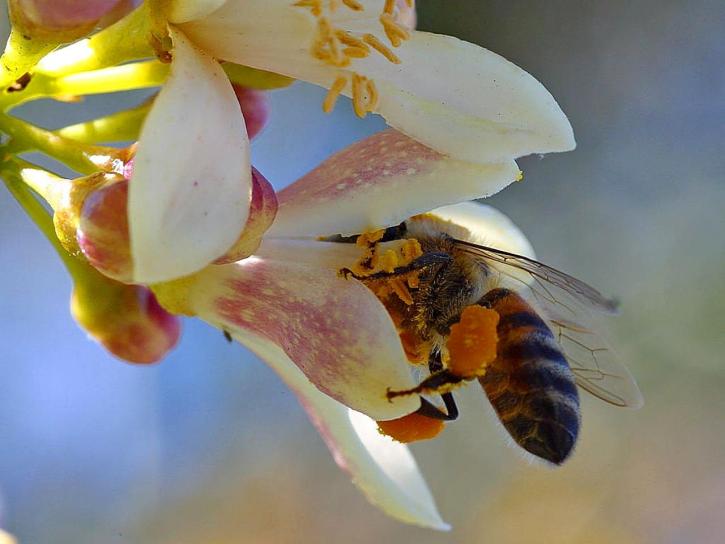 This week, for the first time in recorded history, Bees have been placed on the endangered species list by the U.S. Fish and Wildlife Service. According to Matthew Shepherd, spokesman for The Xerces Society (International organization that protects wildlife through the conservation of invertebrates and their habitat) the new endangered-species designation ‘is excellent news for Bees’.
In a new Documentary called The Farmer and The Bee, Ken Singh, owner of Singh Farmers in Scottsdale, Arizona says, “Its bees that connect us and without bees – this world would not join.” Bees play a vital role in sustainable food production.  For years, farmers and growers have had an ongoing relationship with Beekeepers.  Bees are an important part of our agricultural cropping system.  And the reason why the plight of Bees across the world has been making headlines is due to the fact Bees are the world’s greatest pollinators. Without them, approximately thirty percent of the world’s crop production and two-thirds of the world’s wild plants would fail.  Much of the publicity so far has been focused on honey bees because their work in pollinating crops makes them economically valuable to humans.   “Native pollinators in the US provide essential pollination services to agriculture which are valued at more than US $9 billion annually,” Eric Lee-Mäder, program director at the Xerces Society, the non-profit organisation that petitioned the US government to label the bees as endangered, he said to CNN.
How is it Bees have survived natural and environmental disasters and have been part of the world’s invisible workforce for over 250 million year?  So why now are they endangered?  It’s because of environmental changes, urban sprawl and the built environment. Humans have created toxic environments and Bees aren’t adapting to these environmental changes. In addition, the effects of climate change are further exacerbating the environmental threats.
In April 2016, Ortho, a top US manufacturer of lawn and garden pesticides, announced it will phase out products containing the neonicotinoid class of chemicals, the use of which has been linked to a massive decline in honeybee population.  Many scientist and researchers believe that garden and commercial pesticides are the leading cause of declining bee populations.  Back in 2015, the White House issued a report entitled, “National Strategy to Promote the Health of Honey Bees and Other Pollinators“, which aimed to come up with a system to protect bees and butterflies. 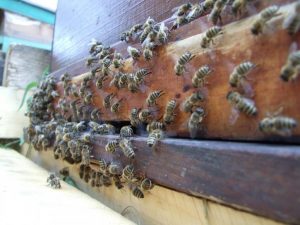 This week’s announcement is a massive step in the right direction – protecting bees and other pollinators – is vital to the survival of the human race.