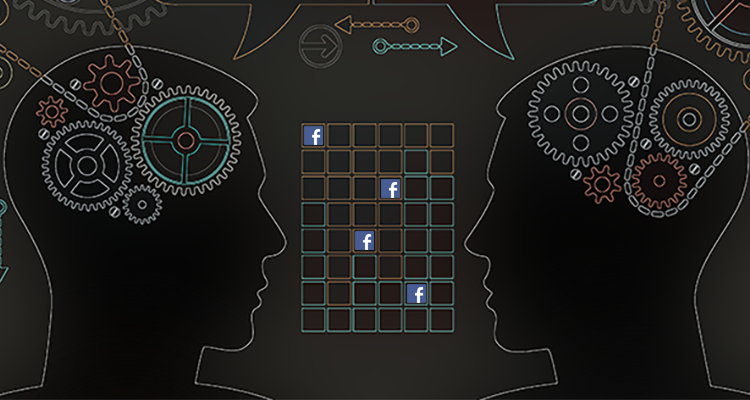 Arizona State University has become one of the first schools to partner with social media giant Facebook in a mission to use managed research — characterized by aggressive timelines and clear objectives — to improve communication worldwide.

Seventeen universities signed on to an agreement this week — among them Harvard, Princeton and Johns Hopkins University — allowing Facebook to engage with individual scientists and labs on joint technology projects lasting weeks or days, instead of months.

The Sponsored Academic Research Agreement, or SARA, was created to help intellectually fuel the research done by the team Facebook dubs Building 8, a venture dedicated to developing new hardware products.

“Facebook is a mission-driven company, and our mission is to help connect people all over the world,” said Building 8 communications manager Ha Thai. “Over the next 10 years it means a focus on technology like (augmented reality), (virtual reality) and connectivity. There will be hardware that’s required to bring these breakthrough experiences to people. Building 8’s mandate is to develop and ship this new hardware.”

Managed research originated during World War II, when the government directed scientists to make breakthroughs on specific tasks, including radar and the atomic bomb. During the Cold War, the Defense Advanced Research Projects Agency, the research and development arm of the Department of Defense, was created to give the United States the jump on scientific advances.

DARPA created the internet, drones and global positioning systems, among other inventions. Building 8 is led by Regina Dugan, a former DARPA head.

“DARPA is sort of a proven model,” Thai said. “Some of the largest inventions and breakthroughs have come out of DARPA, like drones, GPS, the internet, for example. Regina took that model with her to industry. … She is bringing that style of innovation to the work we do at Building 8.”

The company plans to invest hundreds of people and hundreds of millions of dollars into the Building 8 team. Facebook adopted the managed research approach because of its track record of accomplishment.

“We’re pleased to be part of Facebook’s efforts to advance innovative technology,” said ASU President Michael M. Crow. “ASU is home to top research minds that will be able to contribute immensely to Facebook’s priority areas.”

“We are looking to work with the best research minds in the world, so this agreement is open to any university that wants to join,” Thai said. “The first universities to sign up so far have been fantastic.”

What Facebook plans to build is not known at this time, but solar-powered drones bringing internet access to remote areas, artificial intelligence and virtual reality are part of the company’s 10-year plan, announced by founder Mark Zuckerberg this week.

“In Building 8, we believe that both a product shipping team and access to the world’s best research minds are required for developing breakthrough products,” Thai said. “That’s why we’ve built a team of hardware experts. Now, the SARA makes it easier and faster for us to work with university researchers.”