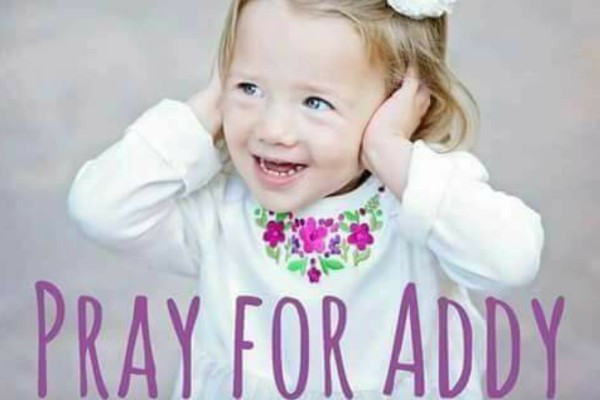 An Arkansas family is sharing their baby joy three months after losing their beloved daughter to a brain tumor.

Matt and Chandra Sooter lost their 4-year-old daughter Adalynn Joy Sooter after an 18-month battle with a massive tumor. Now, the couple has taken to social media to share some exciting news in the wake of the tragedy. They are expecting their third child together!

“Big news from the Sooter family!” Matt began in a Facebook post on Tuesday. “Baby Sooter will be arriving late February 2019!”

The photo showed three pair’s of children’s shoes, belong to Adalynn, her older brother and the new baby. A sonogram was placed in front of the smallest pair.

Adalynn’s story made national headlines as her parents tried everything to save her following the discovery of the tumor in November 2016. Her too-short life came to an end on June 3 with her beloved older brother Jackson right next to her, stroking her hair in her final moments before passing.

“A little boy should not have to say goodbye to his partner in crime, his playmate, his best friend, his little sister,” Matt wrote in a Facebook post at the time.

The comforting yet confronting photos were shared thousands of times and painted a heart wrenching photo of a family deeply affected by unimaginable loss.

Adalynn, affectionally called Addy by her family, was diagnosed with diffuse intrinsic pontine glioma (DPIG). She was given just months to live, but she shocked medical professionals by surviving with treatment for more than a year.

You can read more about the family’s heartbreaking but hopeful story on the official GoFundMe Page HERE.