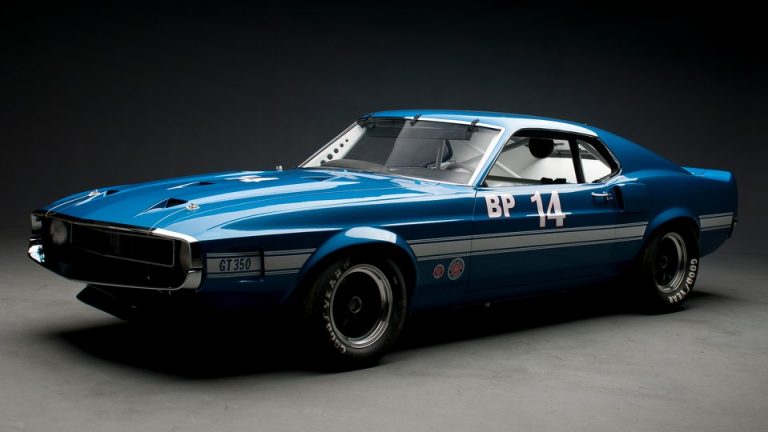 Several Collectable Mustangs to be Auctioned off at Russo and Steele

Monterey Car Week is right around the corner and the Russo and Steele Collector Automobile Auction is revving up for its annual appearance August 12-13. Lots are still available at the highly sought-after event for those looking to consign. Also, the auction will be providing complimentary bidders credentials to celebrate the return to live auction events in Monterey. Bidders’ registration is onsite Monday, August 9 through Wednesday, August 11 for both auction days.

The Mustang holds an iconic place in car culture, creating multi-generational fans across its five plus decade existence. Russo and Steele is proud to present a selection of Mustang cars at this year’s event. Ranging from classic models in the 60s, to nostalgic cars built in the 2010s, the auction has a diverse lineup of Mustangs that is sure to catch the attention of various collectors. 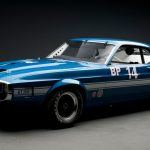 This stunning 1969 Shelby has been featured in multiple magazines. With extensive period and restoration photos, it is a well presented, well sorted and proven race car. This multiple award winner is competition ready with its extensive spares package. Campaigned by ArrowLane, this car is a Historic B Production Racer with period log books. It is homologated with FAI documents, has a SVRA “Gold Medallion” certification and comes with a complete file of race prep, rebuild and maintenance.

With less than 11,800 certified miles from new, this Boss 351 has been preserved by the original owner for 35 years with documents. As one of only 1,806 Boss 351 Mustangs built in a 7-month run, this vehicle is part of the 6% that came in this color. Staying true to a lot of its factory features, it has original paint, interior, exhaust, shock absorbers, drive train, Carburetor Autolite 4300-D, D1ZZ-9510-Z, D1ZF-ZA, dual point distributor, D1ZF-12127-DA, fuel pump, water pump, starter (rebuilt), Goodyear Polyglas GT tires (display only), Ford 1971 Magnum 500 wheels, D1OA-1007-AA, spare, jack, and inflation bottle in the trunk. The engine was replaced by Ford in December 1971. It comes with the 1971 sales invoice, mileage certification, original documents and documented 1 of 1 on “Deluxe” Framed Marti Report. 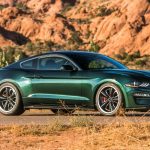 Back in 1968, actor and “King of Cool” Steve McQueen, starred in the movie “Bullitt”, where he drove a Highland Green 1968 Ford Mustang GT Fastback through the streets of San Francisco on a high-speed car chase. To celebrate the 50th anniversary of the movie, Steeda Performance came out with the 2019 Ford Mustang Steve McQueen Bullitt to pay tribute to this exhilarating cinematic masterpiece. The model featured in the Monterey auction is the Prototype Steve McQueen Edition Bullitt Number 2019-001. It has extensive McQueen racing/Ford performance upgrades including a Gen 5 Whipple supercharger system producing 775+HP and over 27 individual component upgrades. Additional car specs include Highland Green paint, 6-speed manual, 5.0 liter V8 engine, 420 lb-ft torque and 480 hp. It will be presented for auction sale at NO RESERVE at Russo and Steele in Monterey, Thursday, August 12 and Friday, August 13. 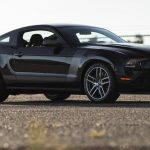 This rare vehicle is just one of 501 Black Boss 302s with Laguna Edition. Virtually “race ready” as delivered new from Ford Motor Company, this Mustang features incredible all-around driving dynamics and a visceral response. The interior showcases a unique factory-deleted rear seat with X-brace and RECARO seats. The exterior has 1970-style side stripes as well as unique trim and styling. This track-focused vehicle pays homage to the original Boss 302 and has 444-horsepower and a 302 V8 engine with 6-speed manual transmission and only 1,956 miles indicated. Included with purchase is a rare, special-order Boss 302 commemorative box set, books/manuals, three window stickers and pre-delivery plastic interior covers.

Billed as the “Mecca of Collector Automobiles”, Russo and Steele is among an elite list of events that contributes to Monterey’s Historic Car Week and holds the hottest ticket to Monterey’s race weekend.

As a lead up to the prestigious Pebble Beach Concours d’Elegance event on Sunday, August 15, Russo and Steele’s auction is conveniently located in the heart of downtown Monterey. The three-day event will auction collectible automobiles in its safe, highly interactive, visceral ground-level auction arena that provides an experience where buyers can get up close with the cars. Known for its auction-in-the-round format, Russo and Steele is unlike any other event and is known as “The World’s Most Exciting Collector Automobile Auction.” Russo and Steele places buyers, sellers and enthusiastic spectators up close and personal with vehicles.

One of the nation’s premier collector-car auction houses, Russo and Steele Collector Automobile Auctions continues to set records and attract a discerning global clientele. In addition to its reputation for offering stellar collector automobiles, the unique high-energy auction experience is simply unattainable anywhere else. Auctions include a signature event in Scottsdale, Ariz. every January, followed by March at Amelia Island and August at Monterey, California. For additional information, please visit www.russoandsteele.com or call 602.252.2697.