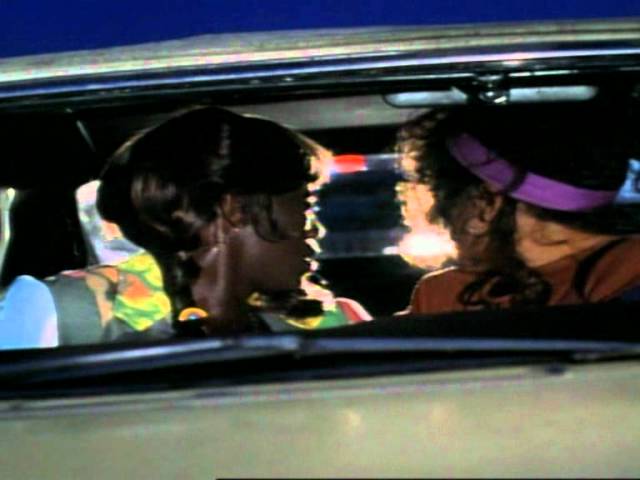 Join us for a Big Gay screening of the cult classic TO WONG FOO, THANKS FOR EVERYTHING, JULIE NEWMAR! Costumes encouraged! Giveaways prior to the show. A portion of the proceeds to benefit Charity. Hosted by Christopher Tong!

Noxeema Jackson, Vida Boheme, and Chi Chi Rodriguez are gonna show America a thing or two about being fabulous. Dressed to kill, with their Dynel tresses tossing in the breeze behind them, these three stars of New York’s drag-queen beauty pageant circuit have hit the open road in a 1967 Cadillac convertible. Destination: Hollywood. But the trio is in for a detour when the car breaks down in the tiny midwestern town of Snydersville, where drag queens are about as common as August snowstorms. Up to now Snydersville has been a lot more like a graveyard than a town. That’s all about to change. The local citizenry is going to get an infusion of flash and glamour the likes of which it’s never seen. During the course of one incredible weekend, eyes will be opened, broken hearts healed, and hair teased within an inch of its life.

Also, only three nights left this week to see ENGLAND IS MINE, a portrait of Steven Patrick Morrissey and his early life in 1970s Manchester before he went on to become the lead singer of seminal alternative rock band The Smiths.

Morrissey wants to write and sing. But as a young man, his voice goes no further than the NME letters page and his dead-end office walls. When the punk scene explodes, Steven discovers there’s more to life than dark satanic mills. With the help of strong women, the young Morrissey embarks on a journey to become himself in a world that’s trying to make him like everybody else. View the trailer