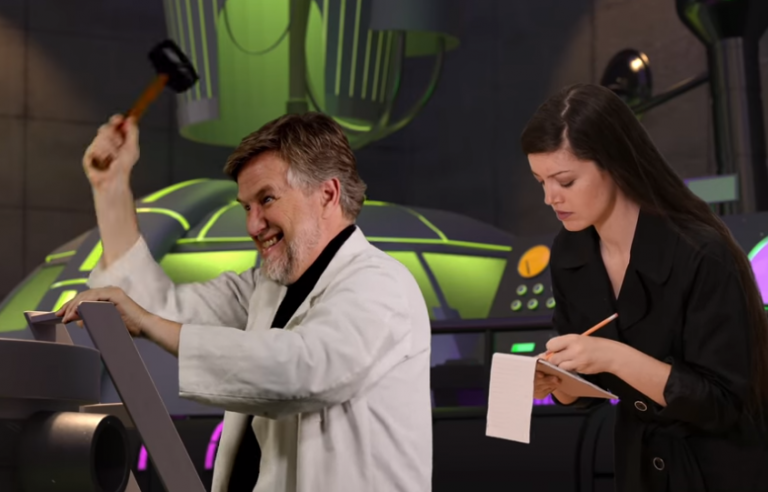 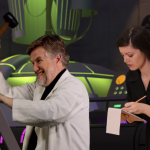 Dan Povenmire, co-creator of the Disney Channel TV show “Phineas and Ferb,” makes a special cameo appearance in a live-action remake of “Busted,” produced by Ted and Rex Sowards of Sowards Live-Action Recreations, based in Mesa, Arizona.

Povenmire plays his beloved animated character, Dr. Heinz Doofenshmirtz in the video. Ted said they kept joking with the idea of approaching Povenmire to be part of the remake and then finally contacted him.

“He messaged back and said he emphatically wanted to be part of the project,” Ted said. “We were floored.”

Povenmire originally offered to come to Arizona, but scheduling didn’t work out so the brothers drove to Los Angeles to film him.

“He is seriously a really awesome guy and by the end of that afternoon we weren’t ready for the fun to end,” Ted said.

Rex admitted the project was harder than initially thought.

“We needed to build a lot of CGI sets and props,” Rex said. “At the time Ted and I had recently started building 3d models. We kind of learned as we went and kept tweaking it until we were satisfied.”

Another unexpected issue was keeping true to the cartoon physics.

“We had Dan shake an empty box over his head with the intent on putting digital objects falling out,” Rex said. “We knew it was possible because Hollywood does it. Ha! We had never done simulation physics before and soon learned it’s very difficult to do, especially on your first try. I had things exploding and no amount of googling helped me find out why it was happening. Each time I started over it would work better.”

The Sowards brothers previously recreated “A Goofy Movie’s” opening song “After Today.” Breaking 4 million views, it still stands as one of Youtube’s classic era videos. Another of their live action videos, “Gitchee Gitchee Goo” currently has over 3 million views.