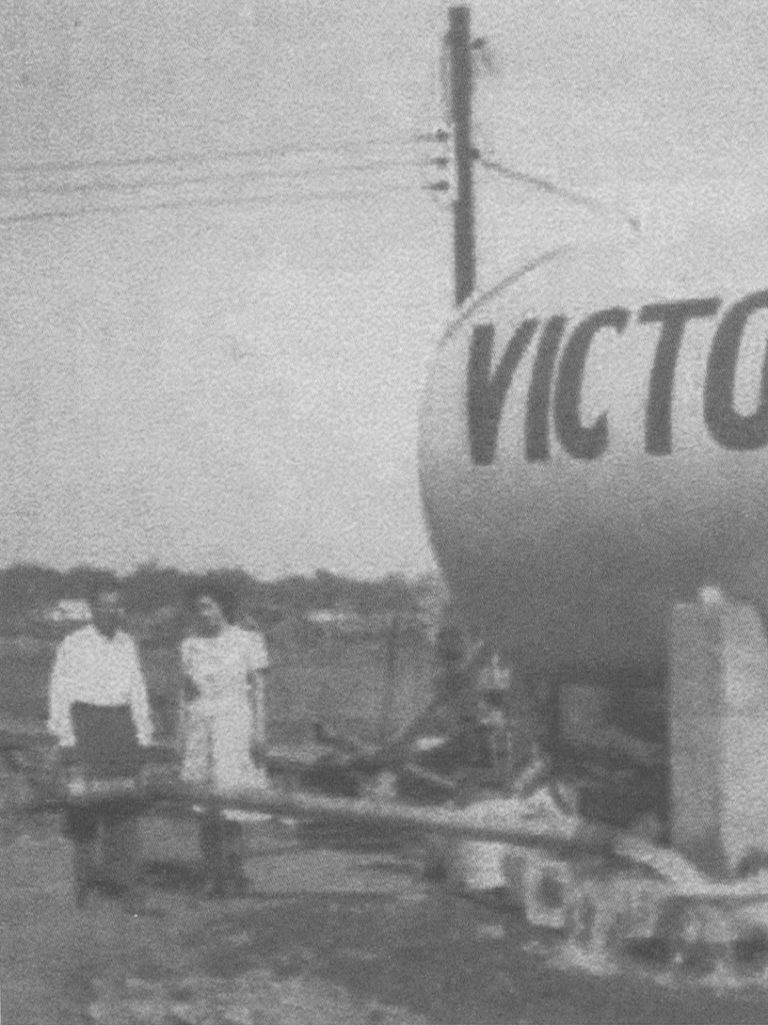 Originally published May 21, 2010 – When Lebanese immigrants George and Mary Tibshraney carved out 80 acres from their farm between Tempe and Mesa, to create Victory Acres, one of Tempe’s first post-WW II subdivisions, they also helped establish the first barrio since San Pablo sprung up in 1872.

Mexican-American servicemen returning from the War quickly bought into the American dream of homeownership and began building homes on their one-acre parcels in what they called “La Victoria” — located roughly east of Price Road between University Drive and Apache Boulevard.

Jesus Valenzuela and his wife Dominga were one of the first to purchase. Jesus recalls the lots “were cheap, almost given away.” Mary Lizarraga remembers paying $35 a month for her one-acre parcel.

Within the just a few years La Victoria had become a tight-knit neighborhood of mostly Hispanic families living modest lives — raising children and tending to their Victory Gardens.

Domingo Valles observed many newcomers to the neighborhood initially lived in tents until they could afford to build a home. Often the construction of the mostly adobe dwellings was a shared, community exercise.

With cotton fields to the east and north, and flower gardens west and south kids were free to roam the unpaved streets with abandon. A nearby pond along with the Tempe Crosscut Canal – called El Canalon by the residents – provided convenient summer swimming holes.

A short journey to the Salt River which often had water provided opportunities for boys to hunt “…rabbits, ducks and doves” using BB guns or bows and arrows hand-fashioned from abundant mesquite.

The stories of these families form a remarkable record of life in a unique neighborhood.

After interviewing many of Victory Acres first residents, Santos Vega, Executive Director of the Braun-Sacred Heart Center in 2004 published their accounts in a book titled Victory Acres & Escalante Neighborhoods.

Reflecting on life in La Victoria, the Valenzuela’s have said “What impressed us the most was that we always felt protected and comfortable in the neighborhood because everyone…knew each other. …everyone watched out for each other and helped one another. This close affection still exists…between the original families who continue to live in Victory Acres.”

In less than a lifetime this special enclave has seen dramatic change. Where once there were only farms — subdivisions, a bustling freeway and major arterials now encroach.

Sam Garcia reflected where “…there were (once) five main streets there are (now) twenty… (in fact they) took down our house to put in streets.” But in the midst of the increased urbanism still lies a surprisingly intact oasis.

Even though there are no longer any tents, its streets are paved, and newer homes have been added thanks to the character of its residents La Victoria harkens back to a more quaint Tempe — while retaining the pride, soul and traditions of its progenitor — San Pablo.