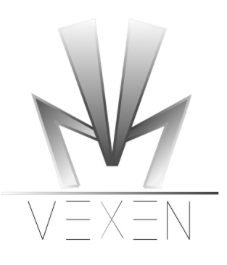 “Leaving a carbon footprint is our planet’s greatest threat, but the production of Vexen’s motor vehicle is a first-generation CNV (carbon negative vehicle), Vexen CEO Kyle McCullough said. Vexen, founded in Raleigh, North Carolina has relocated to Scottsdale, Arizona. Specializing in Carbon-Negative Technology (CNT), Vexen focuses on renewable energy. To reverse climate change, Vexen believes in beginning a new carbon-negative era. The CNV has an advantage of approximately 16 metric tons of carbon dioxide over any vehicle on the road today. “Because of our actions, the planet is rapidly headed towards an irreversible tipping point. It is moving in the direction of becoming an unstoppable runaway train,” said Kyle McCullough.

Vexen’s mission is to dramatically impact the efforts of reversing climate change. The company realizes that it is impossible to pursue this goal by only reducing carbon emissions. “It is crucial that we implement means to remove carbon emissions from our atmosphere before it is too late,” said Kyle McCullough.

Driving Vexen’s carbon negative vehicle does not only reduce the amount of pollution that is emitted into the atmosphere. In addition, the pollution as a whole is effectively removed. Due to the extensive portion of existing pollution, this vehicle is the first step to pursuing the vision of a carbon negative era. “What we have been able to do is create the first carbon negative vehicle by making it all plant-based. This allows us to not only produce our materials here in America but produce, sell and export vehicles to the rest of the world,” Vexen Motors Vice President Caleb Grissom said.