Home Community Crime U of A Basketball Coach Appears in Court 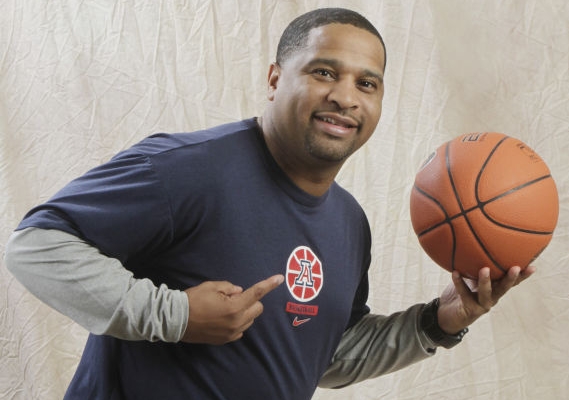 Richardson appeared in a New York City federal court on Wednesday, November 15. He pled not guilty to charges of bribery, soliciting bribes and various acts of fraud while recruiting players to join the Arizona Wildcats.

If convicted of the charges, Richardson, who is Sean Miller’s longest-tenured assistant coach, could face up to 60 years in prison and $1.5 million in fines. He’s one of four prominent college basketball coaches involved in the federal case.

University of Arizona placed Richardson on paid leave on September 26, the same day he was arrested by federal agents following an investigation into the alleged bribery scheme.

According to official documents, federal prosecutors allege that the scheme involved Richardson, a sports agent, a money manager and current and future Wildcat players.

Richardson requested and received bribes from financial advisor Munish Sood and sports agent Christian Dawkins, most of which was used to secure a verbal commitment from Jahvon Quinerly, a promising point guard from New Jersey. Furthermore, the federal documents say Richardson promised to influence current Wildcats to sign with Sood and Dawkins as they entered their professional careers.

The documents also detail a conversation that included Richardson, stating one current Wildcat is already being paid.

The case shocked the college basketball world, and led to the firing of Louisville coach Rick Pitino and athletic director Tom Jurich. Suspensions and firings came at other schools around the country as well.
University of Arizona announced it will conduct an internal investigation, with the NCAA expected to follow suit. Both investigations are on hold until the FBI completes its investigation into the allegations.
Despite the allegations, Richardson has received support from some of his U of A supporters.