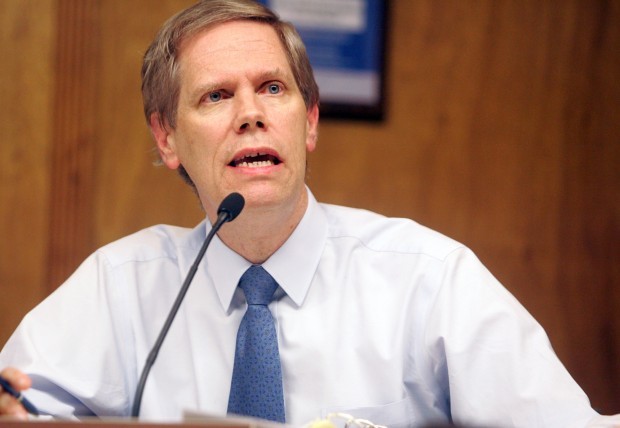 Mark Stegeman will serve as the President of Tucson Unified School District for the first six months of the year. The longtime school board member will hand the reins over to former board President Michael Hicks in July, and he will serve out the remainder of 2018.

This will be the first split presidency in recent history, resulting from an agreement between Stegeman and Hicks. The matter was approved on a 3-2 vote with opposition from board members Adelita Grijalva and Kristel Foster, who voted against the split in favor of keeping Hicks as president for an additional year.

Internal drama and disagreements have disturbed the TUSD Governing board in recent years, with hostile accusations among the group intensifying following Rachael Sedgwick’s election in November 2016.

Stegeman served a tumultuous eight-month tenure back in 2011 before being ousted amid major protests over the Mexican American Studies fights. There’s hope that things will go better the second time around, as Stegeman hopes to mend relationships among board members and encouraging better teamwork and cooperation.

Stegeman has shared his priorities, which include high-profile issues such as declining enrollment, budget shortfalls, revamping student discipline policy and restructuring the district’s high schools.

For more information, please visit the official website of the TUSD Governing Board HERE.