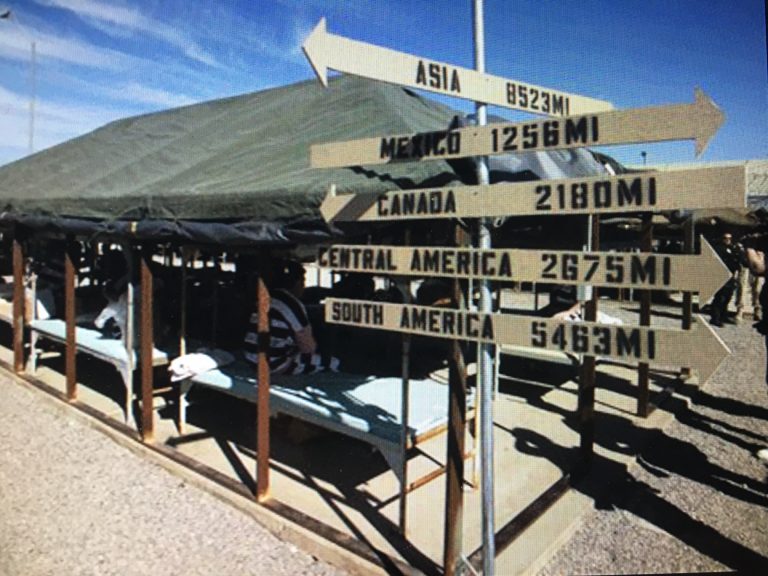 High ranking Trump organizers have said that he (Trump)  “Decrys what he perceives as a gross and widespread anti-American sentiment that has spread throughout the United States like the Spanish flu,” Trump unveiled his plan, which will enlist the help of “America’s toughest Sheriff,” Joe Arpaio.

Speaking at a rally in Madison, Wisconsin, the likely Republican nominee was heard saying  “People are telling me— they’re saying, ‘Trump, winning is great; we’re glad that we’re winning, but what do we do about the people who don’t want to win? What do we do with these— you’ve got these guys, who, no matter what, they don’t want to make America great again.’ And I’ll tell you, no— I don’t think they’re terrorists —  who knows, they might be terrorists, they probably are; but I’ll tell you one thing, when I’m president, they will be sent to a facility— it’s gonna be a state-of-the-art building— did I tell you?— I make the best buildings; Trump makes the greatest facilities— and they’re going to go through a program that will, you know what?, it’s going to make them sane again, folks— make America sane again, how about that? And we’re going to get Sheriff Joe to run these places.”

Asked for comment about Trump’s desire to build ostensible “repatriation stations,” Maricopa County Sheriff Joe Arpaio was said to have said, “Well, I think it’s about time we did something to take America back; this will be the way to do that. I’m prepared to expand Tent City as wide as necessary in order to house all of these communists and socialists who think they can ruin this country with their progressive nonsense. We will set up a curriculum of patriotic posters and films— the kind of good old fashioned stuff we made for World War II— and we’ll subject these, these, well, you know, some are unpatriotic citizens and some are foreigners, we’ll subject them to this content until the problem is solved.”

Our sources tell us that Arpaio continued by stating that if Trump is elected, these reprogramming outlets will be implemented as soon as possible, and that the first candidates for the program would be the Valley’s undocumented residents. “We’ll go into Guadalupe, South Phoenix, these places— just like we did before Obama’s feds stopped us from doing it— and we’ll round up all the illegals … anyone who looks like they probably aren’t supposed to be here, and we’ll put them through the camp,” he said.

Back in Wisconsin, Trump closed his rally by saying, “What a great place America will be again, once we have all the haters and losers back on the same page as us,” to which he received raucous and frenzied applause from the April 1st crowd.

Editor Note: We cannot confirm or deny any of the above for mentioned quotes.  Both Sheriff Joe Arpaio and Presidential hopeful Donald Trump could not be reached for comment by My Local News Investigative Reporters.

Editors Note:  We hope you will enjoy some of our other April 1st Articles