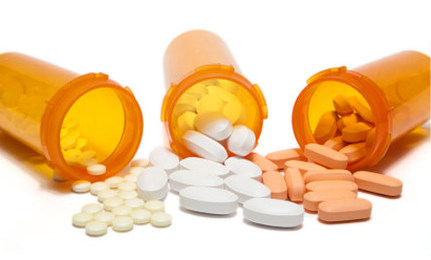 Nearly 40 percent of the 6,000 drug overdose deaths that have occurred in Arizona since 2008 involved prescription drugs, stated in the Arizona Criminal Justice Commission’s Rx evaluation report.

Arizona’s Forty-eighth Legislature passed H.B. 2136 establishing a Controlled Substances Prescription Monitoring Program (CSPMP),  the bill requires that the Arizona State Board of Pharmacy (ASBP) to establish a program for the appropriate use of controlled substances. The ASBP requires pharmacies and medical practitioners who dispense controlled substances listed in Schedule II, III, and IV to a patient, has to report prescription information to the Board on a daily basis, reported from the CSPMP.

The Arizona Department of Health Services reported data found from the Arizona prescription misuse and abuse initiative that 7.9 percent of youth reports showed 30-day prescription drug misuse in 2012. The data presented  78.9 percent of Arizona youth who have misused prescription drugs in the past 30 days stated the drugs were supplied them from friends, family or right out of the home.

“Most of my friends know that I have a prescription of a Rx pill that is refilled monthly,” current prescription user Kelly Watson said. “I use it as prescribed by my psychiatrist because I truly need it on a daily basis, yet my friends still ask to buy pills off me to use them recreationally even though this is not something that I take lightly.”

Arizona has the 6th highest rate of prescription drug misuse among individuals who are 12 years and older in 2012, stated in the Arizona prescription misuse and abuse initiative.

“When I was in middle school my mother first took me to the doctor to receive a medication that was able to help me focus during class,” prescribed user Kendall Deakin said. “At the time I was unaware of the side effects I would face later in life, I am still prescribed, but over the years I have become very dependent on my prescription and have had abuse issues due to being prescribed at such a young age.”

In 2014, Arizona prescribed 579 million Class II-IV pills. Pain Relievers had the highest percent of scripts, pills and an average number of pills per day, which accounted for 60 percent of all pills prescribed, reports found in the Arizona Rx initiative. Hydrocodone and Oxycodone consist of 81.4 percent of all pain relievers prescribed in Arizona.

“As I began working at the pharmacy I would often come across patients that I wanted to question when refilling their prescriptions,” previous pharmacist intern, Ryan Castro, said. “We should be able to trust their doctors are making the correct decisions and considering all aspects of an individual before prescribing such a highly addictive drug, but sometimes I find patients try to pick up their prescriptions before the date of their refills. When patients try and pick up early they typically seem urgent and demanding, even though their 30 days are not up before being able to refill.”