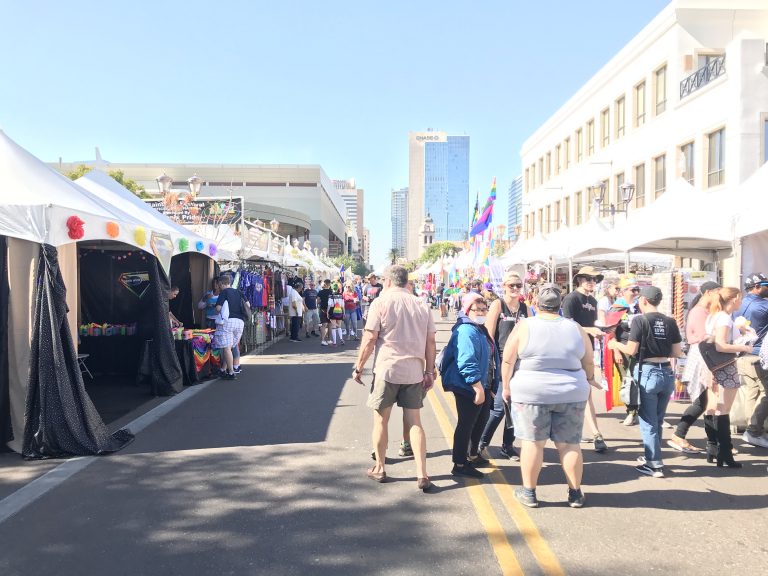 After years of trials and tribulation, a transgender woman is living her most authentic life thanks to her family and the community that surrounds her in Phoenix.

Christiana Hammond, 49, knew that she was different at 3-years-old when she was reprimanded by her friend’s mother for playing dress-up. This was the first of many obstacles Hammond faced. She struggled with being herself because she felt that her true self was not the one that she was born into, which many people had a hard time understanding.

“I started to notice all the corrections you get,” Hammond said. “Everyone sort of points you to the right gender specific ways of being.”

This was when Hammond realized that it was not part of the societal norm. She knew that by being herself she would draw unwanted attention, so she hid who she was and did her best to try and fit in.

As Hammond got older and began going, she realized that she didn’t feel comfortable in her own body. It became less reflective of who she was, and she started to spiral after high school.

“I had a difficult time motivating myself… I didn’t feel strong enough about pursing great grades, going to college or any career path. I didn’t know what I wanted. Mostly I just thought about killing myself.”

With all the emotions building up inside of her, she began to get involved with all the wrong people and started to abuse substances, until one night when she had just about had enough.

“I got a huge bag of cocaine. I got a hotel and I was just gonna off myself, but somewhere in there I got close enough to that actual realization that I did not want to die.”

Hammond spent the next few years rediscovering herself through studying philosophy, forming new friendships with guys and living the surfer lifestyle.

“I actually thought like maybe I’ll be okay as a guy and that’s when I met my wife. I told her about my history… something inside me was female… and she accepted it.”

Hammond, 30 at the time, started to believe that things were looking up. They “both instantly connected,” fell in love, and decided to marry and start a family, moving from San Diego, California to Yuma, Arizona.

Hammond tried to make her new life work but could not manage to balance being a woman at home, but at work it was not possible.

Both Hammond and his wife worked for the military, which made their lives even more complicated. Hammond hated lying, especially to her children who say her as male in the workplace and at home a female.

They decided that Hammond would go through with the surgery and become a woman, but this would also include her moving away from the family for the family to remain stable.

“I am not as depressed anymore, in fact I am not depressed at all since making the transition.”

Once here Hammond gained support through the people around her. She joined in the fight for equality for all including those in the LGBT community.

Since moving here, she has been an advocate for the trans community. She has gone to rallies across the country, visited with senators and promoted LGBT issues within the Phoenix school system.

Hammond has become an authentic beacon for her family and to all who she encounters. It is that authenticity, which she has searched for her whole life and now she does not have to hide it. Instead she shares her story as hope for all who might be encountering the same issues.

The work never ends for Hammond who says that she is working with AZ Equality on a lot more issues for the 2020 year. She hopes that by doing more, she can help more with the help of the community.