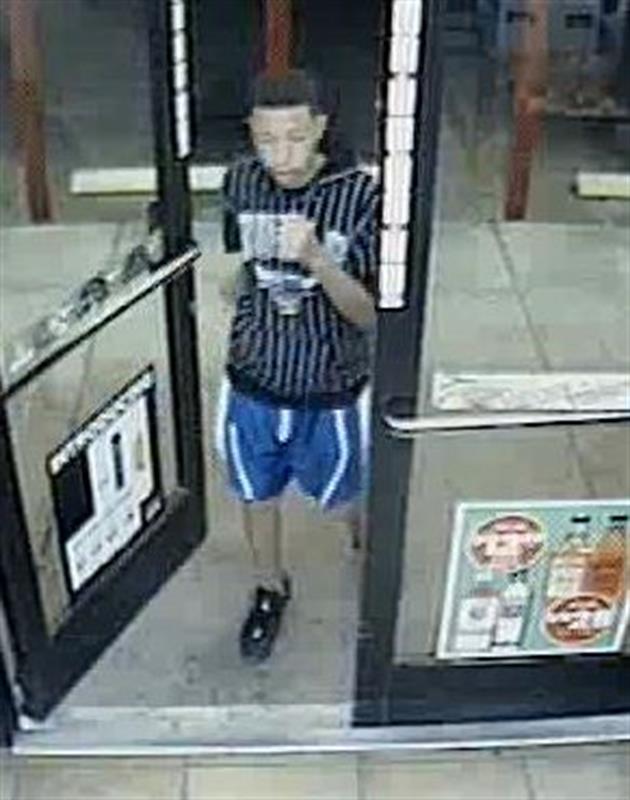 The Pima County Sheriff’s Department is asking for the public’s assistance in identifying and locating three suspects in a theft at a west side Circle K last month.

Around 3 a.m. on Saturday, September 9, deputies responded to reports of a theft at the Circle K at 4965 West Ajo Way. When they arrived on scene, they learned there were three men involved. According to a Sheriff’s Department release, the first man entered the store and selected several items before leaving. After the first left, the two other suspects entered and went behind the counter, pushing the clerk before filling a gray duffel bag with cigarettes and cigars while the first suspect waited outside. All three were seen fleeing the scene together. The first suspect is described as a black male in his late twenties, last seen wearing a long sleeve black and white Chicago Bulls hooded sweatshirt with vertical stripes, blue shorts and black shoes.

The second suspect is a white or Hispanic male in his early twenties, last seen wearing a black hooded sweatshirt with POLO across the front, blue shorts and white shoes. He was carrying the gray duffel bag. The third suspect is also white or Hispanic, in his early twenties, and he was last seen wearing a gray hooded sweatshirt, white shorts and black shoes.

Anyone with information about this incident is asked to call 911. Those who wish to remain anonymous can submit their tips by text, phone, or by visiting 88Crime.org

Anyone with information is asked to call 911. Those who want to remain anonymous can send their tip by text, phone, or by going to 88-CRIME.org

For more information, please visit the official website of the Sheriff’s Department.