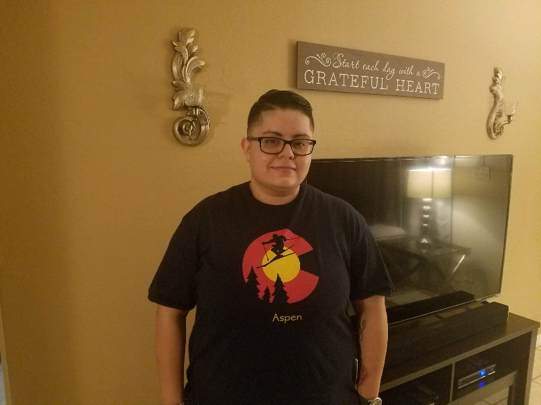 This Glendale DACA recipient tells her experience about coming to the United States when she was just five years old and then discovered she was gay when she was six years old.

Ontiveros was at risk of being deported just six years ago. Her age and background allowed her to receive DACA which stands for Deferred Action for Childhood Arrivals. DACA gives young immigrants a work permit to work in the United States and protects them from being deported.

For Ontiveros, her experience was different than other young immigrants. She discovered she was gay just one year after she came to the U.S.

“It was really hard to get used to a new place with a different language especially at school. I was only five years old so it was really difficult to adjust to a different place,” said Ontiveros. “Now that I think of it, it’s probably better that I came out in the US versus Mexico because it’s easier being gay here. It seems more common in the U.S.”

Ontiveros said that her mother left her when she was about one month old. She said that her grandmother Catalina Reyes practically raised her. Her grandma died in 2004 when Ontiveros was 19. 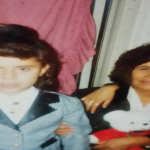 Erika said that her father accepted that she was gay. Erika notes that he wasn’t a part of her life since she lived here and he was in Mexico. When she came to Phoenix she lived with her grandmother, grandfather and her aunt.

Her family is Mexican and she talked about how they rejected the idea of her being gay.

“I think it was a secret that everybody knew but no one wanted to accept it,” said Erika’s cousin Dalia Ontiveros.

“I have accepted her, but continue to tell her that God wants us to create a family.  A marriage it’s between a man and a woman but the church welcomes everyone.”

Erika acknowledges that from her experience she believes Hispanic families are more disapproving of the gay community.

“I know that Mexican people tend to be more homophobic. They’re really old fashioned and they don’t like change in anyway,”Erika said.

Erika’s family is predominantly Catholic. She says she felt disconnected from the catholic church because of how unaccepting the church was of gay people.

“That’s the reason why I stopped going to church. People don’t even like to sit by me sometimes,” Erika said.

“The Catholic Church welcomes everybody to nourish their faith.  Yes, old fashioned Hispanic people will feel uncomfortable towards her, but the church wants her to go.  Our current pope welcomes everyone,” Dalia said.


Pope Francis has repeatedly made it clear that he welcomes everyone to the church including the LGBT (Lesbian Gay, Bisexual, Transsexual) community.

Pope Francis recently met with Juan Carlos Cruz, a sexual abuse survivor.  CNN wrote that they discussed the Catholic Church’s sexual abuse cases. Cruz is also gay and talked about what Pope Francis thought of that.

“It doesn’t matter. God made you like this. God loves you like this,” Pope Francis said to Cruz, according to CNN.

With the current issues on immigration like President Trump’s immigration policies, the pope said he welcomes immigrants to the United States.

Erika said her sexual orientation has affected her when applying for jobs.

“I’ve felt discriminated a few times when applying for customer service jobs at big companies. I felt like I did really good on phone interviews but once I got to the one on one interview I wouldn’t get the job,” Erika said.

Erika says she has a feminine voice but wears typically masculine clothing so when employers saw her in person they change their mind.

Erika is now married to Marline Ontiveros, who is a corrections officer.

“We really like her current partner. We disapproved when she was dating another partner that had kids,” Dalia said.

Marlene Ontiveros also had a negative experience with telling her family about her sexuality.

“My coming out experience was somewhat negative, I had a very hard time being accepted by my mother.” said Marline. “My mother was embarrassed of my sexual orientation and would often express her disapproval although my father and siblings were fairly accepting.”

Erika works for a cellular company and lives with her wife Marlene Ontiveros and her two dogs Levy and Lexi in Glendale, Arizona.

“My life has changed significantly since I married. I now have a place to call a home, with my wife and our pets. We plan on having children in the near future. So yes, I am happier and I’m grateful that we have rights as a marriage in society,” Erika said.