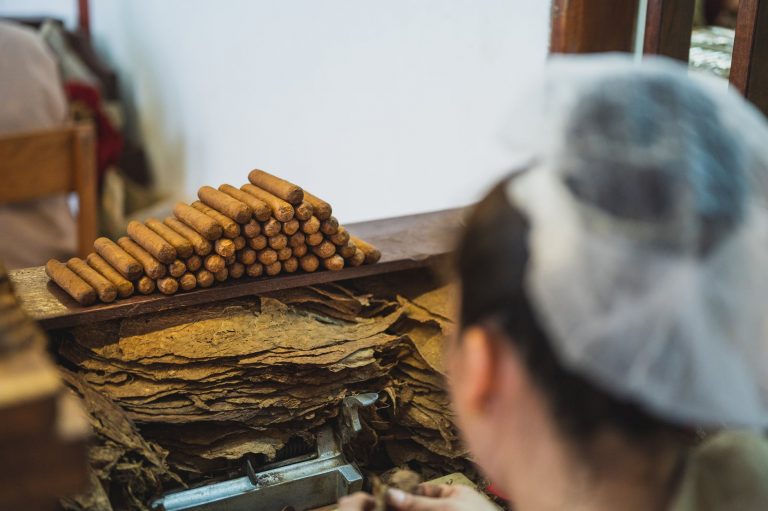 Of course, the effects of smoking on health need to be considered. This has an effect on the economy via healthcare, too.

The Economic Impact of Smoking

Though there is a lot of anti-smoking publicity in the media, the economic impact shouldn’t be ignored.

In 1987, the tobacco industry generated close to 140 billion dollars in the USA. Economically, it was estimated to contribute to the employment of 10 million people. Tobacco product sales also generated $73 billion in tax in this year, money that could be spent on schools and public services.

There are positive and negative impacts on the economy. Tobacco farming, manufacturing, and sales create jobs.

As the health implications have become better understood, the tax on tobacco has gone up. Even with a drop in sales, it is thought that tax revenue has increased by $365billion between 2005 and 2025. This way, tax income can rise even as more people quit smoking.

How Profitable is the Tobacco Industry

It is thought that 20% of adults around the world still smoke cigarettes and other tobacco products.

Estimates from 2018 indicated that the global sales were worth over $800billion. The vast majority of this is from conventional cigarettes.

It is hard to estimate how much money the tobacco companies in America are generating, but it is undoubtedly in the billions. Back in 2013, the University of Bath estimated that the profits of the world’s six largest tobacco companies amounted to roughly US$44.1bn.

These profits have a knock-on effect, too, and can help employ people in other industries. Did you know that In 2017, tobacco companies spent an estimated $9.36 billion on marketing? This means further economic benefits, even outside the industry itself.

How Does Tobacco Affect Society

Tobacco has been linked with society for a long time. Cigarette breaks at work or a smoking area in a bar are part of culture and society.

Studies suggest that smoking actually improves social functioning. There is evidence in many studies that nicotine enhanced peoples’ social abilities and confidence. The idea that people are more chatty on cigarette breaks is not a myth, there really is evidence to back it up.

Tobacco’s impact on society also comes in the calming effect it has on people, but also the addiction to tobacco. People crave cigarettes and this can lead to health implications in the long-term.

In some countries, smoking is still very much the norm. In America, it is thought that over 40% of people smoked at one stage, but now that figure is down to around 14%.

What Are The Benefits of Tobacco

There are some controversial debates about tobacco. Some people instantly assume that tobacco should be outlawed, but this is not really possible, it is also unfair, and it would mean lost jobs and a huge hole in tax revenue.

Medical studies show natural tobacco is better for people than cigarettes.. The fact that e-cigarettes are still growing means another income source for the industry, and therefore tax revenue for use in a positive way.

This revenue could be used for all sorts of positive projects. Governments can fund healthcare, education, and even research into areas that can negate the bad things about smoking.

Raising tax has been the way most governments deal with tobacco issues and activists who want tobacco outlawed. This means that more tax revenue can be created even as people choose to quit smoking. Many people are resigned to paying a lot for their cigarettes, and this means profit for the tobacco companies, but also jobs, a thriving industry, and a lot of tax being used for the good of the country.

It’s fair to say that tobacco has had a bad reputation over recent years. People are discouraged from smoking, and that is understandable, but tobacco is not the only industry that can do harm, but that is economically important. Alcohol is an obvious comparison. Tax paid on alcohol can fund products relating to health, education, and more.

Even in 2021 when a lot of people have quit smoking, the industry is important, and plenty of livelihoods still depend on tobacco to generate income and put food on the table for families, both in the US or in other places where tobacco is grown and produced.