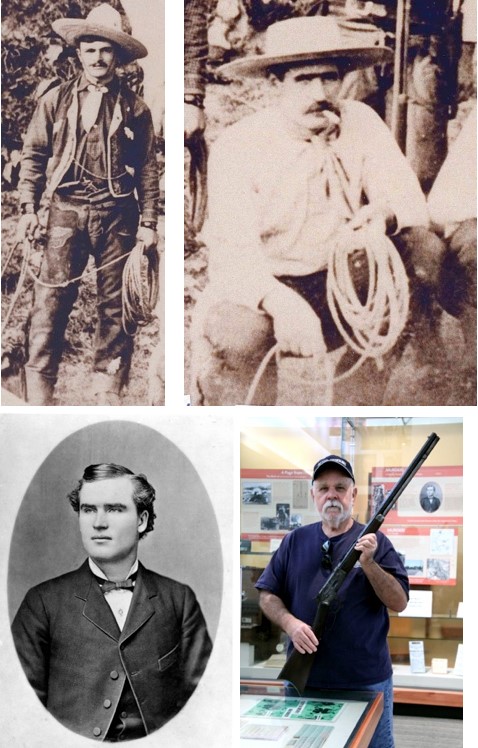 Originally published August 17, 2012 – With Tom Graham, the last of his family, lying on his deathbed the result of a mortal wound, attention turned to his assassins Ed Tewksbury and John Rhodes. After the ambush, the pair split up. Rhodes casually rode back into Tempe where Constable Tom Elder quickly apprehended him without incident. Tempe Daily News reported, Rhodes was ”… placed under guard at the Tempe hotel until late in the afternoon when he was taken to Phoenix and lodged in jail.”

Concerned for his safety, “Rhodes was brought to (Phoenix)…by Sheriff Montgomery and Tom Rider. A couple of guards rode before. The feeling was so intense at Tempe that it was feared that a lynching would be attempted. No demonstration however was made and when the party reached the (Phoenix) jail Rhodes jumped jauntily out of the carriage and ran up the steps into the corridor. He laughed and joked with acquaintances after he was locked up. He made some inquiries about attorneys whom he wished to see… He refused to say anything about the affair which concerns him most deeply.”

After a one-week preliminary hearing, everyone believed the case was open-and-shut. It was filled with colorful testimony, and Graham’s bereaved widow Anne’s failed attempt to kill Rhodes. Justice of the Peace W.O. Huson shocked citizens by ruling: “I have listened carefully to all the testimony…and, although I was at first inclined to believe the defendant guilty of the murder, the defense has so conclusively proved their alibi that I must release the prisoner.”

After the shooting, a disguised Ed Tewksbury, fled the scene of the crime astride a powerful “bay gelding” heading east toward the safe haven of Pleasant Valley, averting capture in Mesa by just five minutes.

Three days later Tewksbury surrendered peaceably at the Newton Ranch. He was taken into custody and spirited off to Tucson for safety. Tewksbury’s preliminary hearing began on August 29 before Phoenix Justice Harry Wharton. On September 8, after considering the evidence, Tewksbury was remanded over to a Grand Jury.

The trial, moved to Tucson, began on December 14, 1893. Following a week of testimony the jury found “…the defendant guilty of murder and recommend(ed) him to the mercy of the court.” Justice was at done last. Or was it?

A legal technicality compelled District Jude J.D. Bethune to declare a mistrial. A second trial resulted in a hung jury. After spending more than $20,000, Maricopa County prosecutors abandoned an attempt at a third trial.

After nearly four years the case against Tewksbury was dismissed. He moved to Globe where he died quietly of natural causes on April 4, 1904 – thus ending one of the nation’s most bloody feuds. A last relic of the hostilities, a rifle owned by Ed Tewksbury that might have been used in Graham’s killing is now on display at the Tempe History Museum.