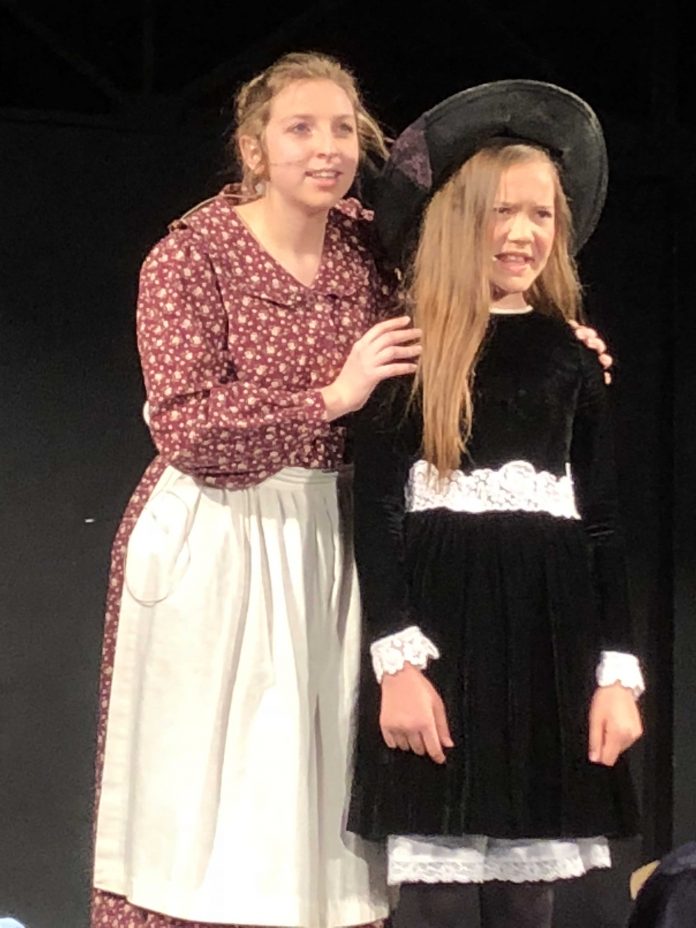 When we first started rehearsals, I didn’t know how I felt about it because I did not know anything about this musical – characters, music, plot, nothing. We started learning the music in January. While the music was difficult at first, it was a very beautiful score and I knew that it would sound great at the end.

A few weeks later, we focused less on music and more on lines and blocking. It was not until we did the cast reading that I realized the beautiful story behind this musical.

If you don’t know, here’s a little recap: Mary Lennox, a 10-year-old girl from colonial India, has her world changed when everyone she knows dies from cholera and she is sent away to live with her uncle Archibald Craven on a gloomy mansion in Yorkshire, England. Archibald, meanwhile, is still mourning the death of his wife, Lily.

Mary learns about Lily’s secret garden from Martha, one of the maids. She finds the garden and, along with Martha’s brother Dickon, brings the garden back to life. She also helps her newfound cousin Colin go out into the world again. Meanwhile, Archie finally lets Lily go.

Eventually we all got our lines, blocking, and music down and we were all able to pull off four stellar shows.

Senior Abbi Harb, who played Lily, says, “I read the book and I was curious about how it would be staged and how the plot would be. I was skeptical when we first started that the plot would be confusing and I was a bit worried going to rehearsals, but everything fit together incredibly well! We all worked really well together and I was so excited for the outcome by the time tech week came around.

“I have always loved musicals and I was excited to get to do another musical,” Abbi said. “I did enjoy the musical more than I thought because of all the new friends I made. I would love to do more plays or musicals in the future. My college, Knox College, only does plays so maybe I will do some in college!”

Senior David Smith, who played Archibald, feels that his perspective changed by “first getting off book, then it was the performances that changed me from not being super thrilled to absolutely loving it. Just because the music is pretty different to what I am familiar with, I wasn’t as excited as I would have been for other shows. But once the acting started, I realized how much potential for a super moving story there was.

“To be honest,” David added, “the prospect of acting another depressed person for a few months was something I felt a little ‘eh’ about, but once I really started getting comfortable with my character I had SO much fun, and not to mention I grew a bunch emotionally. I’ve been pretty back and forth the last year with acting, but honestly the mental exercise of playing Archibald fully convinced me that I love acting.

“Next year I will be majoring in theatre with an emphasis on musical theatre at Baylor University. So that means LOTS of plays and musicals.”

Sixth grader Kailana Williams, who played Mary, says, “At first I had a negative attitude towards doing the play, seeing as I was very stressed. I am now super happy that I have decided to do the show. I’ve learned so much from everyone and I am very blessed to have experienced this with everyone. I totally enjoyed it more than I thought I would.”

When asked about how it felt to be the lead role as a sixth grader, she responded, “Since I’ve been in many plays before it didn’t seem too bad, but after it has finally sunk in, it’s absolutely amazing to do this. I would love to do it again.”

We are doing another musical, Into the Woods, next year, so hopefully we can make it as fantastic as this one.