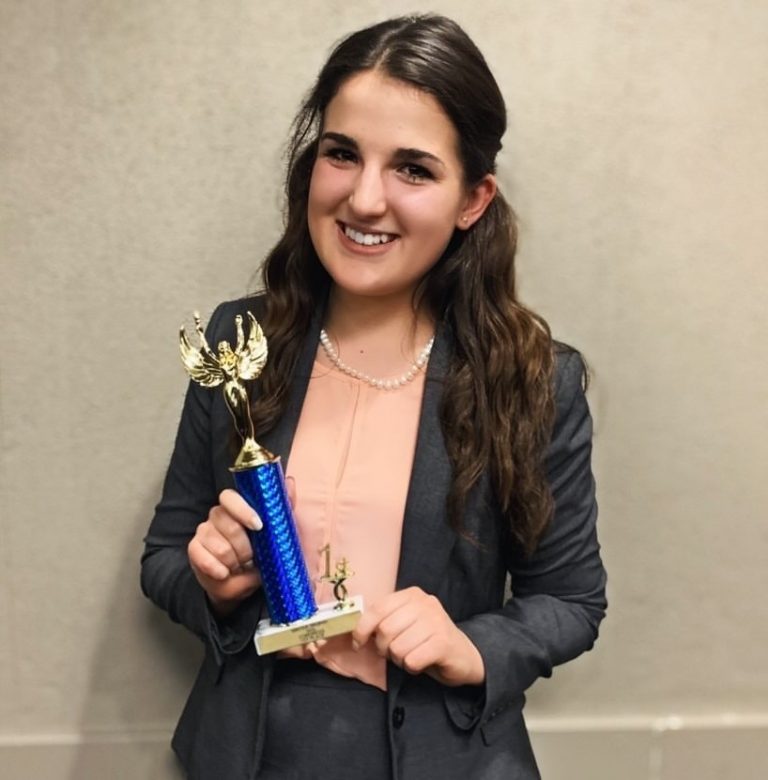 Imagine stepping up onto the Congressional Debate platform. You are about to give your speech and your heart is pounding to the same beat of the gavel thumping. All you can think about is not trying to throw up in front of a room full of other high schoolers. Sounds scary right?

Well, that is exactly what Tempe Preparatory Academy Senior Violeta Panayotova has been doing since her freshman year at Tempe Prep. She states, “My most memorable moment was at my first tournament in freshman year. I walked into my Congress chamber round, and I sat next to this boy and I was so afraid to give a speech. I was so afraid to even write a speech and he looked at me and said, “It’s okay, just go up there and have fun.” I think that was the most defining moment of my speech and debate career because it wasn’t me achieving something, it was me realizing that I can achieve something.”

Violeta has certainly made a huge stride because she has earned the prestigious honor of being a National Speech and Debate Academic All American! The Academic All American award recognizes high school students who have earned 750 Speech and Debate points from different events, exemplified outstanding character and leadership, and have received a GPA of 3.7 or higher. Not only has she earned this extraordinary award, but she has achieved several outstanding accomplishments, including: placing as a semifinalist at the Nationals Tournament in Congress, attaining 1st Place at the AIA Division 1 Winter Trophy in Congress, and ranking 28 out of 227 entries for Informative Speaking. Her dedication and hard work are reflected through this distinguished award and all her breakthroughs!

Violeta walked into her first Tempe Prep Speech and Debate meeting, and coincidentally, the coach was talking about the Academic All American award. She was told that she needed 750 points, which seemed near impossible at the time. Little did she know, she would be where she is now with three times the amount of points needed.

Violeta says, “Going back to that little tiny freshman who was like ‘no, you can’t do it’, it has definitely been an experience. It is special, it is absolutely amazing, it is one of those things that you don’t have the physical representation of but it’s there and it makes you happy. It validates every single practice, every single tear that you have shed over speeches you cannot memorize or say properly. It’s a validation that you can, even if people say you cannot.” Super inspiring! Violeta has demonstrated that through a great deal of determination, an esteemed honor such as this one is achievable!

There are also multiple perks of joining Speech and Debate as it helps you improve on speaking skills and techniques. Violeta has greatly benefited from this club as she is much more outspoken, open-minded, and more comfortable with public speaking! In Humane Letters discussions, she is not afraid to share her thoughts and opinions. She has viewed different ways of approaching situations that have helped her when talking about historical and economic topics in HL.

Violeta adds, “I always went back to Speech and Debate, and said, ‘this was not necessarily the case, or is this the case?’ It has also helped me find many good friends, obviously my team that I adore. But also, other people from different schools who are doing the activity.” Speech and Debate at Tempe Prep is a club that not only helps you develop better communication and public speaking skills, but it is also a club where you form new friendships and connections!

There is no doubt that Speech and Debate takes a lot of persistence and the mentality to never give up, not to mention the will to overcome fears of public speaking. Violeta, being part of the Speech and Debate community for four years, states, “For the people who are afraid to join speech and debate, I would say just join it and we are going to be there, holding your hand, helping throughout the entire way. For middle schoolers who are just starting off or novices, I would say just stick to it, have fun, and enjoy what you are doing! Speech and debate is a community and an activity that is there to help express your voice, help you have a platform to express your opinion, and advocate for what you think is right.”

After graduating Tempe Prep, Violeta plans on double-majoring in political science and psychology and minoring in French. Violeta states, “I am definitely going to use the skills that I have learned through this activity in college, life, and just in general. Political science is a lot of reading and research, so my research abilities are going to come in handy.”

Congrats to Violeta on earning the Academic All American award and good luck to her for the rest of her Speech and Debate season! 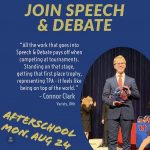