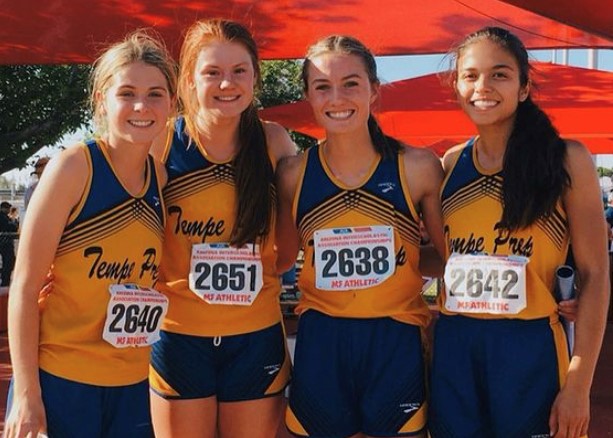 “Don’t just dream, reach. If all you do is dream, you will achieve nothing. If you want to succeed, give yourself a plan for success, and follow it through to completion. If you want something enough, it will never be out of your reach. So keep reaching.” Tempe Prep Senior Evan Hackett gives this advice to every student at Tempe Prep after accomplishing his dreams by reaching all of his life.

Evan and three other seniors at Tempe Prep have all followed their dreams by not giving up and now get to continue playing their sport after high school. Seniors Allison Youngs, Cienna Jaimie, Kenneth Russell, and Evan Hackett have worked hard at improving in their sports and that work is about to pay off after graduation.

Allie Youngs began running track and field in middle school and has been doing it ever since. She started at TPA in 6th grade and joined The Arizona Cheetahs Track and Field Club sophomore year, competing in meets with them during the winter and summer seasons. Track has given Allie many new paths for her future, and she adds, “Track has opened up many opportunities for me. It introduced me to smaller colleges I may have never heard of. It also gave me the opportunity to meet lots of new people.”

Allie plans on competing for a varsity track team during college and has already had a few D1 and D2 teams reach out to her as well as many D3 ones. She is very excited for her college track career and is already hoping to accomplish a lot as she says, “My goals for track during college are to work really hard and work with my coaches on improving my speed and jumping skills. My goals are to get even better and compete and win my events in meets against other colleges.” Allie has set up high goals for her track and field career in college and if all goes well, hopefully she can accomplish them!

Kenneth Russell is another senior who hopes to continue playing his sport after high school. Kenneth has been playing baseball since he was around 5 years old and credits his dad for his love for the sport when he says, “I really got into baseball because my dad introduced it to me. We used to go to Diamondback games every weekend that they were playing and the love for the game just grew.”

Kenneth still loves the sport since his early start and hopes to keep on participating in it both in and after college as well. He explains, “I hope to continue this into college. However, after that point I would like to consider coaching. I am also hoping to work in the analytics field preferably for a professional sports team.” Kenneth’s love for baseball has brought many new opportunities he otherwise would not have gotten and hopefully continues to impact his life both during and after his college career.

Soccer player Cienna Jaimie also hopes to pursue her sport during her college career. Cienna has played soccer for seven years and plays attacking midfield at TPA and center back or center holding midfield at her club, AYSO United. She hopes to continue playing all throughout college and states, “I am definitely planning on playing in college. I’m keeping all my options open but I definitely want to play for a D2 college preferably.”

Cienna loves her sport and always wants it to be part of her life. After college she does not want to go semi-pro but hopes she can join an adult league instead. Soccer has been a big part of Cienna’s life and hopefully always will be and she encourages others to pursue it too as she says, “I would encourage anyone and everyone to try playing soccer whether it be for school or just for fun. It’s such a creative and interactive game that there can be a position for anyone and it’s a great opportunity to meet new people.”

Evan Hackett also plans on continuing soccer after he graduates. Evan has played soccer since 3rd grade and plays for both TPA and his club, Phoenix Premier. He hopes to play all throughout college preferably at a school in Texas or Iowa, and is happy for the opportunities that have been given to him. He explains, “Wanting to continue my athletic career as well as my academic career has led me to pursue different colleges than I would have otherwise.” Evan has a lot of options for college and is excited to see how it will go, and hopefully if he plays really well, can even go pro after that!

All four of these senior athletes have pursued their sport during all of high school and due to that have many opportunities to play their sport during their college career and I can’t wait to see what all of them accomplish once they graduate! 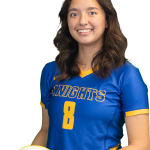 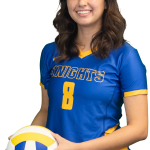