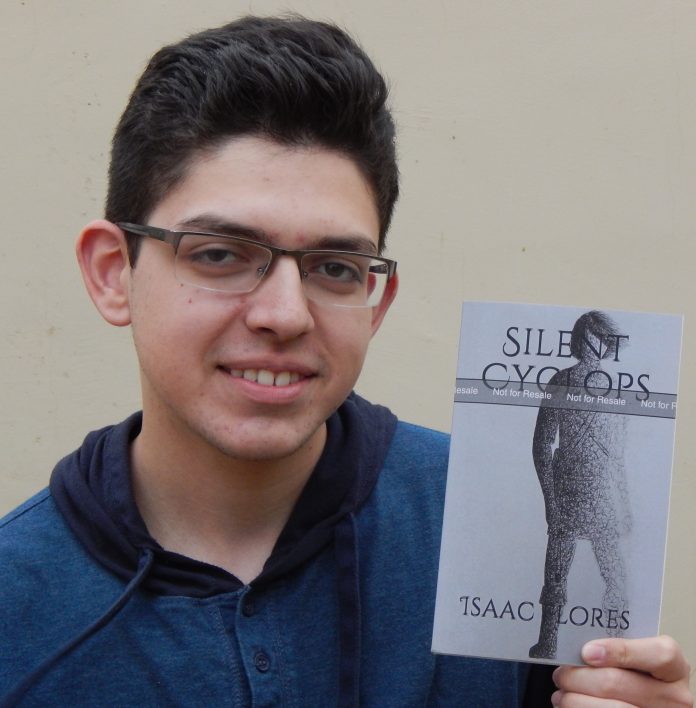 We might think of authors as being adults who studied writing in college, or old Greek men who wrote inquisitive books about philosophy. But did you know we have our own author here at Tempe Prep? Junior Isaac Flores has written and published his own book called Silent Cyclops during his free time.

Isaac’s book is about a girl named Romy who faces trials against animals, other characters, and the obstacles of her mind, in search of treasure. “Most of the problems she has could be solved if she just changed herself a bit, so she has to go through her own issues that she [creates],” Isaac elaborates.

Isaac got inspiration for his book through reading other stories. He says, “I didn’t really like [other fantasy books]. I kind of wanted to do the opposite, and I didn’t really like the way people were [writing] fantasy. [I want] less magic, and more normal ideas.” Isaac also states that his main inspiration came from a video game called “Shadow of the Colossus.”

One of Isaac’s favorite parts of his book is when readers use information gathered in previous chapters to reveal a back story about Romy. “By itself, the [clues] don’t mean anything, but if you connect it with stuff that she finds later on, you can start piecing together her back story.”

To complete his book, Isaac spent four months writing, but planning the story took four years. When asked about how he got into creative writing, Isaac says “I’m not sure, I kind of just wanted to try it out.  I never didn’t want to write a book, but I never really wanted to either. I just wrote it down because it was fun, and it just turned into a book.”

Isaac also says he wants to write more books in the Silent Cyclops series, and he even has the planning sectioned out for a sequel. However, this won’t be a normal sequel. Isaac says the sequel “will expand on the themes of Silent Cyclops, but with different characters, and will be set during a different time period.”

Isaac hopes to keep writing, but says he plans to keep it as more of a hobby. However, Isaac’s story remains inspirational and a useful resource to anyone who desires to write or publish a book.