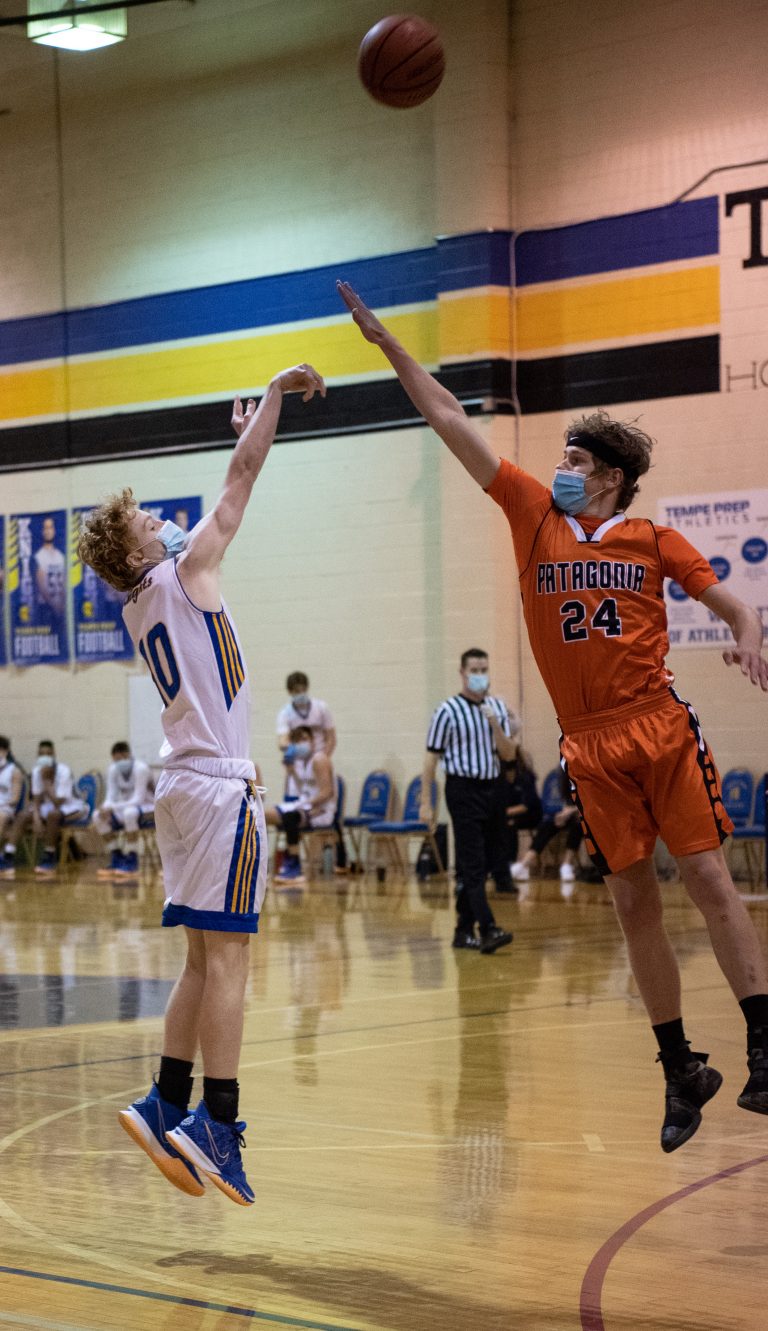 Imagine you step up to the three-point line, drained of all your energy after a long game, but you have to make the shot. You cannot let the team and the fans down. The whole crowd watches with suspense as the ball leaves your hand. For all you know this shot could be the difference between a win and a loss.

While this may seem stressful to some, this situation is no problem for the Tempe Prep boys basketball team. The team has worked hard all year to perfect their three-point shots and it has paid off to the tune off 70 points per game, a marked improvement from last year. 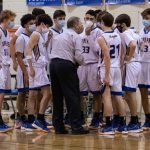 Due to many players opting out this season, the team only has one senior this year. While some may see this as a disadvantage, the players are young, not inexperienced. Most of the players have played for Tempe Prep before and are familiar with the system. Also, the team only having one senior has provided opportunities for the younger players to shine and develop.

According to sophomore Jonas Santini, only having one senior has allowed the younger players “to play a bigger role on the basketball team and grow as leaders.” Rather than see the lack of seniors as a negative, the team has taken it as a challenge to develop their leadership skills and help each other grow as a team.

The team’s record at the time of writing is 4-8, but that record does not tell the story of how the team has played thus far. The team went on a heartbreaking 5-game losing streak. In all 5 games, Tempe Prep had a bad first quarter and then easily kept up or outscored their opponent for the rest of the game. One of the team’s losses was to the Ray Bearcats who are 14-1. Other than the one team that beat the Bearcats, Tempe Prep is the only school to keep the score within 5 points, a great feat for our team.

After the team’s losing streak, the team responded with two dominant victories against North Pointe and Valley Lutheran.

The difference between this year’s team and last year’s, according to Coach Lambros, is that the team “knows [they] can play any team they face.” The fire that Mr. Lambros touched on is evident with the players. Jonas, who was on the team last year, stated that one of his biggest reasons for playing basketball this year was “to prove people wrong and make basketball a sport people want to go out to watch and enjoy.” This team wants to show the world they came to play and that is clear on the court.

Despite the seriousness of the team’s goals, Coach Lambros made sure to mention that “It is the fun and hard work mixed together that makes this team so awesome.” Jonas echoed this sentiment as well, stating that “our locker room presence is always laughs and jokes until it’s game time. Then we get serious.” The team has developed very close bonds through the work they have done together.

Jonas commented that the best part of being on the team is “the brotherhood” the team forms throughout the season. Everyone on the team is friends and they all can trust each other. That trust in the locker room translates to trust on the court, which is essential to the success of the team.

Jonas said that the goal for the team has always been to “have a positive record and make playoffs.” If the team can keep progressing and developing their skills and trust in the system, there is no place to go but up.