Home Community Supervisors Urge Teens: Say Something, Do Something 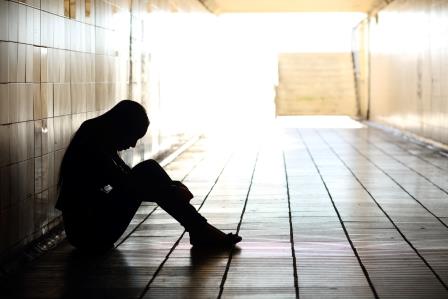 Maricopa County Supervisors issued a proclamation declaring January “Care Enough to Get in the Way” month in an effort to boost a movement to prevent teen suicide and school tragedies.

“Speak up, stand up, and possibly save a life.  That’s the goal,” said Board of Supervisors Chairman Denny Barney, District 1.

The student-led “Care Enough to Get in the Way” movement started after a shooting at Glendale’s Independence High School nearly a year ago.  Two girls were found dead on campus in what investigators believed to be a murder-suicide.  Fellow students say there were warning signs on social media, but that no one took those warnings seriously enough to alert school leaders or police.  Some West Valley leaders wanted to change that.

“We’re encouraging kids to take a closer look at their social media accounts and look for any signs of bullying, addiction, depression, or threatening language,” explained District 4 Supervisor Clint Hickman, who represents the district where the murder-suicide occurred.  “And if they see it, we want to empower them to report it to their school or local police, knowing that they will be supported and not ostracized.”

“The Care Enough to Get in the Way” movement aims to give youth the confidence and the resources to report troubling social media posts or comments to law enforcement or school representatives.  It is backed by several West Valley Police Chiefs, members of Leadership West Class 22, the organization Youth4Youth, and now, by the Maricopa County Board of Supervisors.

“We’re trying to change the way kids think about this by getting out the message: if you see something, say something or do something.  Don’t just ignore it,” District 5 Supervisor Steve Gallardo said.

A conference on this topic will be held on January 26th, providing more than 700 students from 55 West Valley schools the resources and training they need to spot potential issues on social media and bring them to light.

“My office is a proud supporter of the ‘Care Enough to Get in the Way’ Youth Conference and its goal of inspiring our local youth to stand up and speak up for one another,” said Maricopa County Attorney Bill Montgomery. “I believe by bringing together more than 700 students for this conference, real solutions will be created toward tackling bullying, drug use, suicide and many other issues impacting our youth.”

“If we can save one life, it’s worth it,” Barney said.