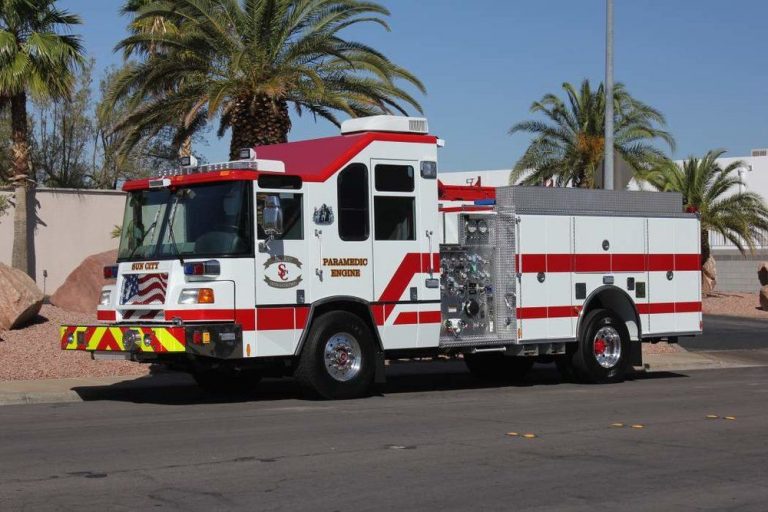 A local firefighter is recovering after suffering burns at a residential fire.

The incident took place on Friday afternoon in Sun City, Arizona. Firefighters were called to a home after receiving reports of a fire, and they soon discovered smoke and flames spreading quickly the house.

Battalion Chief John Ramsey and his team of firefighters rushed to extinguish the fire before it got out of control. Officials say the fire began when the homeowner used an unconventional method of weeding: burning weeds with a propane torch.

It’s certainly not a very safe method for getting rid of weeds, especially when the torch accidentally touches the wood of the house as happened in this case. The homeowner apparently grabbed his hose and put out the fire, although it was still smoldering. The man went inside and sat down in the living room, turning the television on. It wasn’t long before someone came banging on the door to tell him that his house was on fire.

The Sun City Fire Department, stationed just a mile away, was on the scene shortly, and although they got the fire contained flames were taking over the attic.

Unfortunately, Chief Ramsey was burned after hot water and embers got inside his protective gear. This happened when they were pulling the ceilings down and some drywall fell, knocking the Chief’s helmet backward. That’s how some of the hot water and embers made it into his gear. It’s a very unusual and uncommon situation, but Chief Ramsey luckily only suffered relatively minor injuries and was taken to the Maricopa County burn unit in his departments own ambulance.

Following the incident, firefighters reminded residents to avoid using fire and torches to get rid of weeds near their homes.