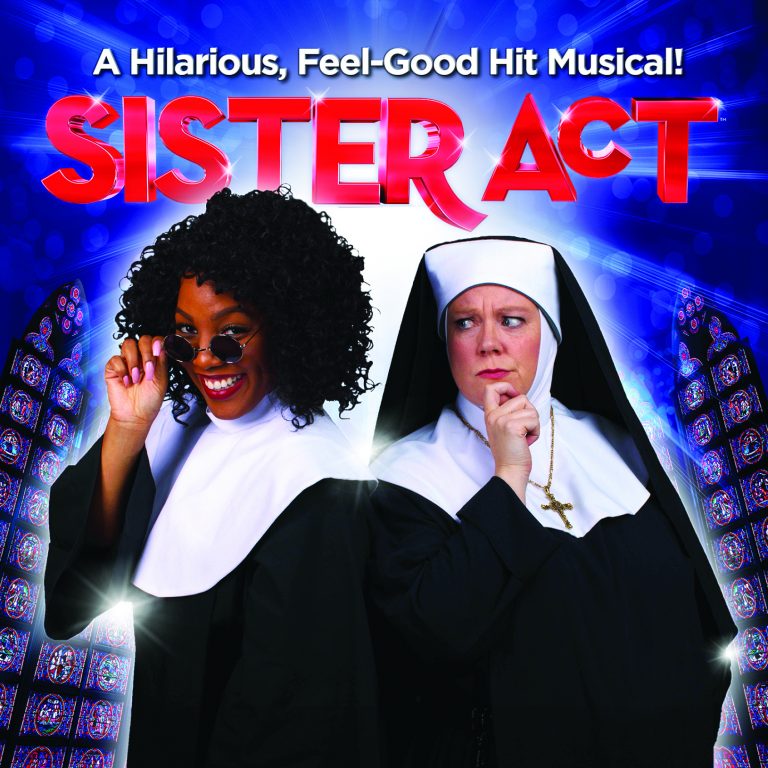 It’s 1977 and Deloris Van Cartier is an aspiring singer in funky Philadelphia. After auditioning for her gangster boyfriend, Curtis’ nightclub, she accidentally sees him kill one of his cronies. Deloris runs to the police, who place her in hiding until she can testify at Curtis’ trial. But where can you hide a larger-than-life diva? Police officer and old friend of Deloris, Eddie Southers, finds the one place he’s sure no one will look; a convent!

Now, disguised as a nun, Deloris finds herself at odds with both the rigid lifestyle and uptight Mother Superior. However, when she is introduced to the convent’s struggling choir, everything changes. She’s uses her groovy moves and diva talent to influence the choir, and inspire all her new ‘sisters,’ including a shy young postulant named Sister Mary Robert.

The choir’s new funky mixture of gospel and disco music breathes new life into the church and community. Unfortunately, when the much needed press puts Deloris in the spotlight, her cover is blown. The gangsters break into the convent, only to find themselves up against Deloris and the power of her newly found sisterhood.

Based on the hit 1992 film of the same name, Sister Act is a jazzy disco musical with music by Alan Menken, lyrics by Glenn Slater, book by Bill and Cheri Steinkellner and Douglas Carter Beane.

The East Valley’s gem, Hale Theatre, is located at 50 West Page Avenue in old town Gilbert, just across the street from the historic Gilbert Water Tower Park. Free parking is conveniently located nearby. You can purchase tickets by calling the box office at 480-497-1181 to speak to their friendly staff, or you can enjoy the convenience of their website, tickets online at www.haletheatrearizona.com.